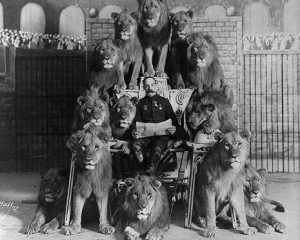 END_OF_DOCUMENT_TOKEN_TO_BE_REPLACED

Sophie Cooper is a second year PhD student and William McFarlane Scholar at the University of Edinburgh. She is studying Irish communities in Melbourne and Chicago between 1850 and 1890, specifically in relation to situational influences on identity formation and nationalist thought. Sophie tweets using the handle @SophcoCooper and more information can be found on her academia page. The growing popularity of Amazon Prime’s recent Starz acquisition ‘Outlander’, an adaptation of Diana Gabaldon’s 1991 book, will undoubtedly lead to a surge

END_OF_DOCUMENT_TOKEN_TO_BE_REPLACED

Sophie Cooper is a second year PhD student and William McFarlane Scholar at the University of Edinburgh. She is studying Irish communities in Melbourne and Chicago between 1850 and 1890, specifically in relation to situational influences on identity formation and nationalist thought. Sophie tweets using the handle @SophcoCooper and more information can be found on her academia page.  When you think of the poor migrants who left the United Kingdom during the nineteenth century, it is usual to think of

END_OF_DOCUMENT_TOKEN_TO_BE_REPLACED

By Karen E. McAulay, Royal Conservatoire of Scotland This post suggests a collaboration between teaching faculty and specialist subject librarians by teaching book and cultural history in the context of national song and fiddle tune-books.  I’ve noticed, when giving undergraduate lectures on Scottish music history, that students are more engaged when encouraged to perform the music being talked about; to participate in discussion; or examine historic sources at first hand.  I decided to experiment with the idea of a template

END_OF_DOCUMENT_TOKEN_TO_BE_REPLACED

A posting by Dr Karen E McAulay (Royal Conservatoire of Scotland) for JVC Online A decade ago, the library at RSAMD (now the Royal Conservatoire of Scotland) was refurbished.  In preparation for the alterations, an old cupboard had to be emptied, and three music manuscripts came to light, each containing Scottish tunes arranged for the flute; and psalm- tunes.[i] Figure 1: James Simpson’s version of ‘Coolon’, in Simpson MS 2 – probably copied from another source The manuscripts had belonged

END_OF_DOCUMENT_TOKEN_TO_BE_REPLACED

Scotland’s History Uncovered is a blog which focuses on the social history of Scotland, concentrating on the Victorian era.  The object of the blog in essence, is to give an enjoyable learning experience for people of all levels of historical knowledge.  Having always had an interest in Victorian history, I wrote a book entitled ‘A Year in Victorian Edinburgh’ to try and give the reader a real feel for life in this time.  From there, I decided to develop a blog which I