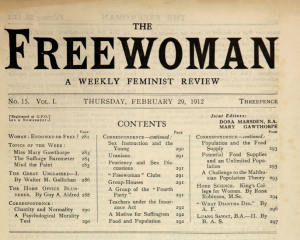 Who doesn’t love Mother? Consider two scenarios that faced late Victorian and Edwardian social reformers and opinion makers: working-class mother tending the family’s oh-so-many children while father drinks up his wages at the local public house (I’m thinking of the premise of Reginald Cripps’s Public House Reform); and, moving up a notch, mother pointlessly tending the family’s suburban villa (“The Laurels” of George and Weedon Grossmiths’ Pooter sagas) and anxiously watching one or two children (all the family can afford),

END_OF_DOCUMENT_TOKEN_TO_BE_REPLACED 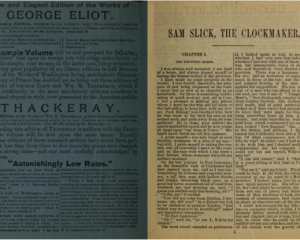 END_OF_DOCUMENT_TOKEN_TO_BE_REPLACED

By Susan Cook (Southern New Hampshire University, Manchester, NH) On October 1, 2013, close to two weeks ago as I write this, the United States Congress failed to agree on a spending bill. This triggered a government shutdown, the eighteenth in this country since the creation of a new congressional budgetary procedure in 1976. The eighteenth shutdown in less than 40 years. This number would indicate that we’ve been there, done that. Except, as some journalists and political pundits inform