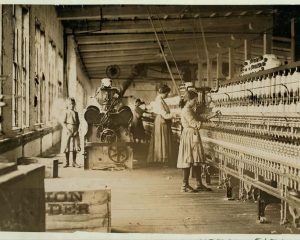 Apart from short journalistic pieces and the material produced for the database [1] associated with the AHRC-funded project, ‘The Poetry of the Lancashire Cotton Famine 1861-65’, my article which appears in Journal of Victorian Culture 25.1 is the first of probably several publications on the literary-historical-cultural subject to which I have devoted the last few years of my research. The article’s title, “This ’Merikay War’: Poetic Responses in Lancashire to the American Civil War’, with its reference to provincial Lancashire

END_OF_DOCUMENT_TOKEN_TO_BE_REPLACED

JVC Online is delighted to have the opportunity to provide our readers with access to a selection of seven of the twenty-two papers that graduate students delivered at a conference specifically aimed at showcasing their research. In the past decade, there has been a welcome growth in the number of symposia that provide specific opportunities for doctoral students to share their work not only with their peers but also with established scholars who can offer supportive feedback. Such events can