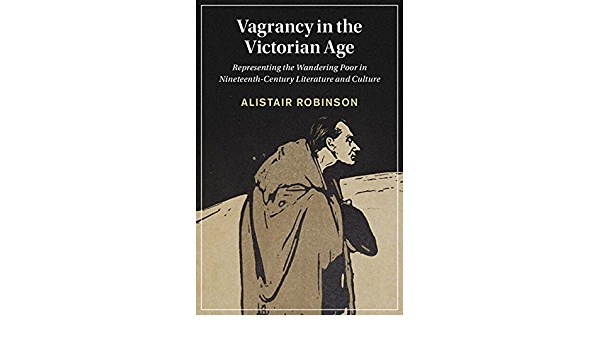 Studies dealing with textual representations of homelessness in Britain during the early modern period are plentiful: for instance, Arthur Kinney’s Rogues, Vagabonds & Study Beggars: A New Gallery of Tudor and Early Stuart Rogue Literature (1973), A.L. Beier’s Masterless Men: The Vagrancy Problem in England 1560-1640 (1985), Linda Woodbridge’s Vagrancy, Homelessness, and English Renaissance Literature (2001), Patricia Fumerton’s Unsettled: The Culture of Mobility and the Working Poor in Early Modern England (2006) and Craig Dionne and Steve Mentz’s Rogues and Early Modern English Culture (2006). Beyond 1800, however, there is a noteworthy shortage.

A number of studies do deal with this area in the course of addressing related subject matter. Studies of social exploration and investigation literature by Peter Keating, Deborah Nord, Mark Freeman, Gillian Nelson, Luke Seaber and others frequently touch on the subject, for instance. The issue of late modern representations of homelessness is also explored in a select handful of studies of authors with a discernible interest in vagrancy, for instance Celeste Langan’s Romantic Vagrancy: Wordsworth and the Simulation of Freedom (1995). There are, however, few dedicated studies of nineteenth- and twentieth-century British cultural representations of homelessness in which this forms the primary focus: H. Gustav Klaus’s Tramps, Workmates and Revolutionaries: Working-class Stories of the 1920s (1993), Shannon Marie Case’s Tramping Writers, Writing Tramps: Literary Vagrancy in England, 1860-1940 (2006), Ian Cutler’s The Lives and Extraordinary Adventures of Fifteen Tramp Writers from the Golden Age of Vagabondage (2020) and my own The Tramp in British Literature, 1850-1950 (2021) are the exceptions. In the first three examples, however, the focus is primarily upon twentieth-century representation.

Consequently, Alistair Robinson’s Vagrancy in the Victorian Age: Representing the Wandering Poor in Nineteenth-Century Literature and Culture is the first notable scholarly work to concentrate exclusively upon nineteenth-century representations of vagrancy – and as such is a highly welcome addition to the wider domain of vagrancy studies, which has so far generally failed to cover this area in detail.

Robinson commences Vagrancy in the Victorian Age with an account of his determination to ‘elucidate the active part that printed texts played in the production of the “vagrant”, a category that is obviously social, legal and economic but also – and importantly – culturally imagined’.[1] In reconstructing nineteenth-century attitudes towards homelessness in this way, Robinson seeks to preserve a sense of how Victorians themselves viewed the figure of the vagrant: not just retaining the nomenclature, but also reflecting the outlook of the era in the book’s very structure, as he adopts ‘the Victorians’ taxonomic approach to vagrancy’.[2] This results in a three-part format, with one section dedicated to the country, one to the city and a final to the frontier – while individual chapters focus on manifestations of vagrancy specific to these localities, such as the gypsy, the hawker, the poacher, the casual, the loafer and the beachcomber.

In the process, Robinson establishes some of the defining transitions in terms of how vagrancy was perceived during the nineteenth century. For instance, in his section on the countryside, Robinson observes that gypsies and itinerant vagrants (hawkers and ‘handicraft tramps’) evolved into ‘relics of a bygone order’ by the mid-nineteenth century[3] – perhaps in large part because ‘the markets traditionally served by itinerants were exposed to competition’ in the form of expanding municipal centres and improved transportation networks.[4] Relatedly, Robinson notes an increased preoccupation with the figure of the poacher, which may be viewed as a byproduct of this same process of modernisation – manifesting itself this time in the ‘consolidation of land and the creation of larger farms’, intensifying ‘landowners’ powers over game’.[5]

In turn, Robinson’s study picks out the emergence of novel formations responsive to broader legislative and sociological developments: for instance, the figure of the ‘casual pauper’ is read in relation to the institution of the casual ward system in the 1840s,[6] while the prevalence of the figure of the ‘loafer’ is read in relation to the slum clearance schemes of the late nineteenth century.[7] Similarly, in analysing representations of vagrancy in North America and the Pacific Islands, there is an emphasis upon how perceptions of homelessness were shaped respectively by migratory patterns arising from the shifting colonial frontier[8] and by the British annexation of New Zealand in 1840 and Fiji in 1874.[9]

As well as thus pinpointing the key triggers for evolving perceptions of homelessness, Robinson’s analysis also indicates some distinct patterns in terms of how these evolving vagrant figures were generally received. On the one hand, Robinson’s study suggests a distinct inclination to depict the vagrant as a threat or ‘social toxin’ – into which camp fall authors such as the social reformer Edwin Chadwick.[10] On the other hand, his study indicates a clear impulse to highlight the suffering of the poor and the homeless, and to challenge the ‘indifference’ of the relevant authorities – into which camp fall authors such as Charles Dickens.[11] And yet, crucially, Robinson’s study also collapses this binary: in the case of Dickens, for instance, we learn that while he was intent upon challenging a prevailing indifference towards the poor, his outlook was hardly non-prejudicial – if anything, he sought to refine the process of discrimination by proposing more sophisticated models for ‘treating each charitable case on its own individual merits’.[12]

While Robinson’s book convincingly identifies some of the key transitions in terms of how vagrancy was perceived in the nineteenth century, as well as presenting an even-handed and nuanced picture of how given authors responded to evolving stereotypes, there are perhaps some hazards to seeking to replicate Victorian constructions of vagrancy, and in particular to preserving a taxonomical approach. Perhaps foremost is the fact that any taxonomical survey is always bound to contain omissions.

This is a study that deals not so much with types of vagrancy, as with categories of person associated with vagrancy: gypsies, poachers, loafers, beachcombers, even casual paupers. As Robinson acknowledges, these terms do not denote types of homelessness per se, but figures connected to vagrancy in the Victorian imagination. While such a broad criteria for inclusion perhaps enables a deeper level of insight into how the wandering poor were perceived, it inevitably also invites us to reflect on other categories of person similarly associated with vagrancy (e.g. sailors, sex workers, street vendors, criminals) that may have provided material for further speculation.

Beyond this, there are some more specific categories of nineteenth–century vagrancy that might also have warranted attention, such as the array of itinerant trades and begging professions that emerged during this period. For instance, a Google Ngram word search indicates that references to tinkers (tinsmiths), hawkers (street vendors), screevers (pavement artists), clodhoppers (street performers), costermongers (tradespeople), crossing sweepers (road sweeps) and navvies (migratory construction workers) in the English corpus all reached a peak around the 1850-70 period; taxonomies of vagrancy (or of activities associated with vagrancy) that may be seen to indicate an evolution both of the reality of vagrancy and of how it was perceived during the nineteenth century.

More urgently, perhaps, Robinson’s taxonomical approach might leave some readers wondering about the omission of the figure of the tramp and what it may be seen to represent: a newly emergent conception of homelessness that came to dominate discourse on vagrancy by the end of the nineteenth century – again, with a Google Ngram word search indicating that its usage increased significantly just as terms such as vagrant, rogue and vagabond fell into gradual decline.

However, it would be deeply ungenerous to focus on what this study does not cover: as indicated, in exploring representations of vagrancy in the Victorian era, Robinson is entering a vast and under-explored terrain. If not exhaustive, this study remains impressively thorough as it passes through an array of ‘canonical texts alongside a large and hitherto unexplored corpus of periodical and popular literature’.[13] And besides, the elucidating nature of the analysis on offer undoubtedly makes up for the areas not covered.

A first may be found in Robinson’s observations regarding how discourse on vagrancy coalesced around wider eugenicist tendencies in the Victorian era, with his suggestion that a preoccupation with the question of how to ‘improve the species through selective breeding’[14] manifested itself in a discourse that sought to portray the poor as ‘biologically unfit’.[15] Robinson’s demonstration of how this resulted in an open contemplation of how to segregate or even to exterminate vagrant populations in the writing of authors such as Arnold White, H.G. Wells and William Herbert Dawson certainly lends credence to his claim that this may be seen to constitute ‘a decisive shift in how the homeless were imagined’.[16]

A second example of the insights Robinson’s study has to offer can be found in his illustration of how these same eugenicist and disciplinary perceptions of homelessness extended beyond the domain of British representation by shaping ‘transatlantic and imperial conceptions of vagrancy’.[17] In particular, Robinson’s analysis of representations of vagrant figures ranging from the ‘American Indian’ to the ‘beachcombers’ of the Pacific Islands convincingly demonstrates how the ‘formula of the deserving and the undeserving poor’ operated ‘in concert with […] racial theories’ in these two settings, respectively, to ‘naturalise the violence of white settlement’[18] and to delegitimise non-compliant expats ‘as a species of savage’.[19]

A third moment of clarity offered in this study comes with the observation that attempts to demonise the homeless poor (alongside other marginalised groups) consistently went hand-in-hand with an emphasis upon the ‘strong associations between vagrancy and insurrection’[20] – often resulting in warnings about the revolutionary threat posed by lawless vagrants,[21] but perhaps just as often resulting in texts that embrace the revolutionary potential of vagrant figures (for instance the poacher figure) facilitating a ‘wholesale rejection’ of the incumbent political order.[22] In this sense, beyond conveying an impression of how vagrancy was weaponised in the nineteenth century to promote a divisive ideological agenda, Robinson’s study crucially also indicates how efforts to demonise the vagrant were capable of being channelled into strategies of resistance.

In short, then, as a much-needed survey of Victorian representations of homelessness, Robinson’s monograph is perhaps not quite comprehensive. And yet, as well as offering a wide-ranging and clear account of some of the defining transitions in nineteenth-century attitudes towards vagrancy, alongside a nuanced analysis of how different authors responded to the figure of the vagrant, Vagrancy in the Victorian Age convincingly captures a sense of how attitudes towards vagrancy converged around adjacent prejudicial and subjugatory discourses, while simultaneously providing an opportunity for radical counter-trends to flourish.

Luke Lewin Davies (@lukelewindavies) teaches at the University of Tübingen, and is the  author of The Tramp in British Literature, 1850-1950.