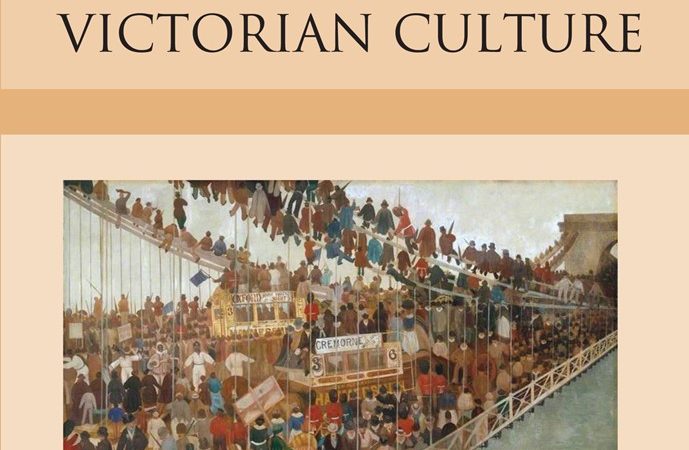 Anyone who’s read, or seen the latest adaptation of, Kate Atkinson’s Life after Life will remember the hapless Irish maid, Bridget, accused in an early scene of being  ‘brought up in a field’.  As Catherine Healy explores in her Prize Winning essay in this issue, Ethnic Jokes: Mocking the Working Irish Woman,  ‘Bridget’ is a stock comic figure of the nineteenth-century press, appearing liberally in English, Irish and American light journalism. Healy’s essay extends and deepens the explorations pioneered in JVC of transatlantic borrowings, both of gendered and classed languages of domesticity and of jokes themselves.  Congratulations to Catherine on her splendid achievement.

Other articles in this issue have a transnational reach, notably Anna Gasperini’s The ‘Gluttonous Child’ Narrative in Italy and Britain: A Transnational Analysis, and our latest Digital Forum, ‘Re-forming the Transnational Victorian Archive’, featuring new research by Katie McGettigan, Simon Rennie and Katherine Roscoe. The Forum shows that, in the words of McGettigan’s introduction, ‘re-forming the materials of three very different kinds of nineteenth-century reform work – penal correction, protest literature, and the development of women’s education – into digital databases and archives allows an examination of [the politics of digitization] at new scales.’

As always, the issue contains work spanning several disciplines: Jonathan Memel’s ‘Writers-in-Residence: Women Teachers and the Formation of Character in Hardy’s Jude the Obscure’, Jim Hinks on ‘Detective Fictions: The ‘baby-farming detective’ in Britain, 1867–97’, Rachel Johnson’s ‘The Agency of Music in Industrial Society: A Comparative Study of the Royal Manchester Institution, Manchester Athenaeum and Manchester Mechanics’ Institution, 1834-1860’, Andrea Selleri’s study of ‘Swinburne’s Boyishness’, Scott T. Rogers on ‘”Goblin Market”, Sisterhood and the Church Penitentiary Association’, and – a timely reminder of the long history of the current international crisis – Petros Spanou on ‘Soldiership, Christianity, and the Crimean War: The Reception of Catherine Marsh’s Memorials of Captain Hedley Vicars’.

Our cover image this month is Walter Greaves’ ‘Hammersmith Bridge on Boat-Race Day’ (c. 1862). The image features in Richard Pearson’s essay William Morris, News from Nowhere, and the Hammersmith Bridge: Visual Encounters.  Richard died before the essay could be completed, and we extend condolences to his friends and family, and thanks to the team of loyal and indefatigable colleagues (Muireann O’Cinneide, Elizabeth Tilley, and Marie-Louise Coolahan)  who helped to bring his article to press.