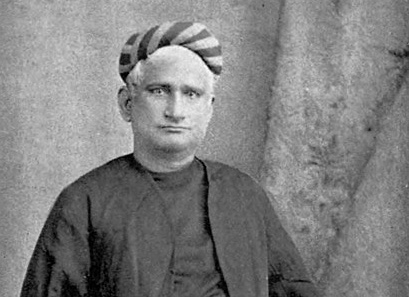 The cross-cultural dialogue generated as a part of the discursive assimilation between the East and the West during the nineteenth century was not only textured and nuanced, but further reflected larger epistemological debates emerging from this socio-historic conflation of ideas. The question of ‘colonial modernity’, which gained currency in later critical writing, focusing on the multiplicity of ideological categories formed as a part of this discursive shift, certainly testifies to the transformative cultural landscape of the time period. Significant among these parameters, which were positioned within this continual process of cultural flux, were the intertwined discourses of nationalism and spirituality, and how they informed the currents of sensibility predominant in the debates taking place within intellectual circuits.

Fiction, produced at the interstices of these discursive trajectories, became a crucial cultural product as well as a determiner that documented the mnemonic, historic and epistemic dimensions dominating the dialogue. Fiction written at this point embodied a discursive duality – metaphorizing the traditional ethos of Indian culture and anchoring itself on cultural memory, along with its nationalistic focus, and materializing the situational reality which a dialogic cross-cultural encounter generated.

Bankimchandra Chatterjee (1838-94), in the words of Sibnarayan Ray, was an “ambivalent genius”. He was familiar not only with the wisdom of ancient classical literature of India, from the sacred scriptures to the works of Sanskrit poets, but also contemporary sociological and economic theories dominating the realm of Western thought. Significantly, this confluence of diverse streams of thought permeates Bankim’s oeuvre in a way not witnessed previously in the realm of Bengali letters.

Hirendranath Datta writes that Bankimchandra’s ‘concept of religion is his greatest contribution to philosophy’ (Darsanik Bankimchandra, 1940). Throughout his oeuvre, Bankim focuses on the foundational principles of religion as formulated in the Indian canon – the doctrine of humanity. His essays, spanning Dharmatattva, Srimat Bhagavad Gita, Krisnacharita and other writings published in the Samajik Prabandha, document his consciousness of perceiving the sacred canon through the lens of modernity. Significantly, the nineteenth century witnessed one of the prominent spiritual movements in the history of Bengal – the Brahmo faith – which would inform an entire tradition of literature and thought in this cultural space, from the works of Rammohun Roy to Rabindranath Tagore. Furthermore, Bankim was writing during a period in which cultural synthesis was accommodated within the structures of the rising nationalist movement, as a consequence of which his fiction became widely influenced by this duality of operation, as in the case of his politically charged novel, Anandamath (1882).

Bankimchandra’s fiction was multifaceted, his discourse pluralistic, and his doctrine diverse. The nineteenth-century religious climate was witnessing shifts that were trans-historic in nature. Colonial modernity marked a distinctive shift in the religious history of a land which had seen a variety of traditions in terms of spirituality. The medieval age left behind a residue, significantly contributing to the diversity of the cultural landscape, and a very articulate discourse on this is available in Bankim’s Kapalkundala (1866). The dichotomy works at multiple levels. The characters of Kapalkundala and Lutfunnisa signify the binary between two socio-religious discourses operative in the cultural landscape of Bengal at that point – both of which felt a resisting materiality in the self-declamatory projects of rationality that ‘colonial modernity’ reinforced.

Further, Bankimchandra, was well-read in both the Western humanities as well as the textual tradition of India. Having a profound knowledge of history, classics and – significantly – emerging sociological discourse, primarily Comtean positivism, Bankim incorporated the diversity of his erudition into his fictional process, raising crucial questions about nationalism, family, religious discourse and selfhood. Spirituality for Bankim was thus liberated from the confines of an institutionalized canon and conflated with the ideal of dharma, and further, nationalism, ‘the religion of patriotism’ (Sri Aurobindo).

Anandamath (1882), a profound exploration of this motif, exemplifies in great detail how religious discourse and patriotic rhetoric were intertwined. Politically metaphorized as well as spiritually elevating, the tropes employed by Bankim reinforce values central to the nationalist movement. As Kshitindra Chandra Ghoshal opines, “This novel preached the gospel of patriotism to the Indians and taught them to worship the motherland as a goddess, a supreme god-head in whom all the other deities were merged.” Most importantly, it enshrines the words of Vande Mataram, the chant which would inspire a generation of freedom fighters in the service to their motherland. Religious discourse is intertwined with it as well, reflecting the old tradition of Shakta worship in Bengal, the tradition which celebrated the Maternal Divine:

“Thou art Durga, Lady and Queen,

With her hands that strike and her swords of sheen,

And the Muse a hundred-toned.

Pure and perfect without peer,

Bankim’s imaginative recreation of his country as a motherland which endures through rain and sunlight, through winters and springs, through bounty and stillness, through vastness and profundity, is significant as it conflates the spiritual and the patriotic, suggesting through its semiotic discourse a resurrection of the inherent power of the land. The image of the motherland empowers, as we later find in the fascinating 1905 painting by Abanindranath Tagore – Bharat Mata.

Importantly, Bankimchandra employed multiple images to weave into his nationalist discourse a spiritual fervour, an endeavour which ranked him among one of the seers of our country. As Sri Aurobindo, a prophet of freedom and liberation, remarked about Vande Mataram in his essay ‘Rishi Bankimchandra’ (16 April, 1907), “Those words are the mantra which he was born to reveal and of that mantra he is the seer.” Bankim also introduces the discourse of the binary existing between tradition and modernity through characters like Nabakumar (Kapalkundala) and Nagendra (Bisha-Brikkha) who are continually positioned within this paradox, themselves being educated according to the new pedagogical patterns of nineteenth-century Bengal.

Therefore, Bankim’s fiction manifests and embodies an entire tradition of nationalist thought which gained currency in the latter half of the nineteenth century. Intermingling the sacred and the secular, the historical and the contemporary, the mythic and the quotidian, he constructs an autonomous rhetoric – thematic as well as stylistic – to reflect on the primary question dominating the age – the question of transition. As Tagore wrote,

‘The stream of new literature bursting forth at your magic touch

Wakes with its ceaseless flow new life, here in the mind of Bengal.’ (“Bankimchandra”, translated by William Radice)

Aisik Maiti (@AisikMaiti) is a student of MA English at the University of Calcutta (Main Campus). An avid reader, he has presented papers in national and international conferences. He has publications in international journals, and his areas of interest include literature and the other arts, eighteenth and nineteenth century studies and Indian writing in English.