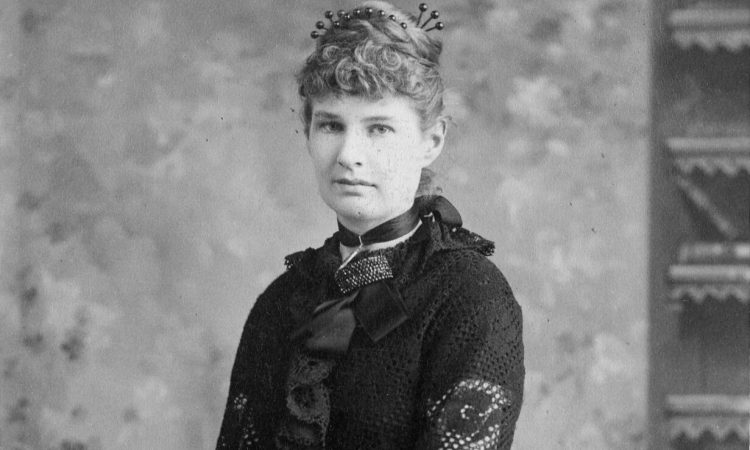 “I have killed Paul Bert, as I killed Claude Bernard; as I will kill Louis Pasteur, and after him the whole tribe of vivisectors, if I live long enough. . . it is a magnificent power to have, and the one that transcends all vulgar methods of dealing out justice to tyrants,” claimed Anna Kingsford in her diary after Bert’s death in 1886 (qtd. in Maitland, vol. 2, 268). Kingsford, a staunch animal rights activist and spiritualist, believed that her psychic powers were so strong that she was able to kill prominent vivisectors of her day by cursing them with her mind:

“It may, of course, be a mere coincidence, and most people will always believe it to be so, whatever the proof in the contrary. But we know enough to believe such things possible, and I shall not rest until I have found out; and if it prove that I really possess such a glorious power, woe be to the torturers!…Oh! I will make it dangerous, nay, deadly, to be a vivisector.” (qt. in Maitland, vol. 1, 252).

These psychic powers were divinely sanctioned, according to Kingsford. As a former president of the Theosophical Society who branched off to create the Hermetic Society with Edward Maitland in 1884, Kingsford held unique spiritual beliefs for her time. She rejected religious institutions, which she argued had been corrupted over time, but she believed in a central divine power or truth. She drew on Christianity, Spiritualism, Buddhism, and other belief systems to form her worldview, and believed herself to possess powerful abilities for good. In her November 17, 1886 diary entry she explained that, “no man who is not a believer in God can practice white magic, because the first of its rules is union with the Divine Intention. . . The White Magian, then, works by means of prayer, and the more truly prayerful he is, the more successful he will be in his art” (qtd. in Maitland 272). She thought herself one of these “magians”, working to enact positive change and, when appropriate, punishment.

Conversations about Kingsford today often focus separately on her animal rights activism, her Theosophical beliefs, or her career as a medical doctor, but these different aspects of her life were deeply intertwined. She attended medical school because of her strong beliefs about animal rights, for example, and those beliefs stemmed from her vision of the interconnectedness of all beings. She argued that if evolution was properly understood—humanity’s common origin with non-human animals—then people would see that they had no claim over animals. She was an important figure in the late nineteenth-century animal rights community that included other women like Elizabeth Blackwell and Frances Power Cobbe (founder of the National Anti-Vivisection Society). However, according to Coral Lansbury in The Old Brown Dog: Women, Workers, and Vivisection in Edwardian England, Kingsford “was everything Frances Cobbe detested: a mystic and visionary who had prophetic dreams and claimed supernatural powers” (91). While “Cobbe sought to make antivivisection a rational cause, for Kingsford it was deeply emotional” and tied to her spiritual beliefs (Purdue par. 3).

Kingsford’s decision to adopt and promote a vegetarian diet was directly aligned with her push for animal rights. In addition to protesting experimentation on animals, she believed vegetarianism was an ethical choice. In fact, this belief prompted her to go to medical school and she became one of the first women in England to obtain a medical degree. According to Maitland, who collaborated with Kingsford and later wrote an extensive biography of her, Kingsford’s four reasons for pursing the degree were “purity of diet, compassion for the animals, the exaltation of womanhood, and mental and moral unfoldment through the purification of the organism” (vol. 1, 20). She graduated in 1880 from the Faculte de Medecine de Paris (women were not allowed to obtain medical degrees in England at the time), refusing to participate in vivisection throughout her studies. Her final thesis, L’Alimentation Végétale de l’Homme, focused on the benefits of vegetarianism and was published in English as The Perfect Way in Diet in 1881. In the book Kingsford argued that:

“[T]hough it might be deemed an exaggeration to say that the use of flesh-meats induces premature death, it is certainly true that it hastens the arrival of old age, and the manifestation of diseases and diatheses, as much by its directly baneful effects on the system, as by the habits it engenders, such as alcoholism, unchastity, and the excesses of all kinds” (52).

The Perfect Way in Diet covers the history of vegetarian diets in various cultures around the world, the negative effects of meat eating on health, cruelty to animals, the nutrition found in a vegetarian diet, the dangers of slaughterhouses for non-human animals and humans, and the economic considerations of raising animals for slaughter as opposed to using land to grow fruits and vegetables. She travelled throughout the UK and all over Europe giving speeches advocating for a vegetarian diet and speaking out against vivisection. 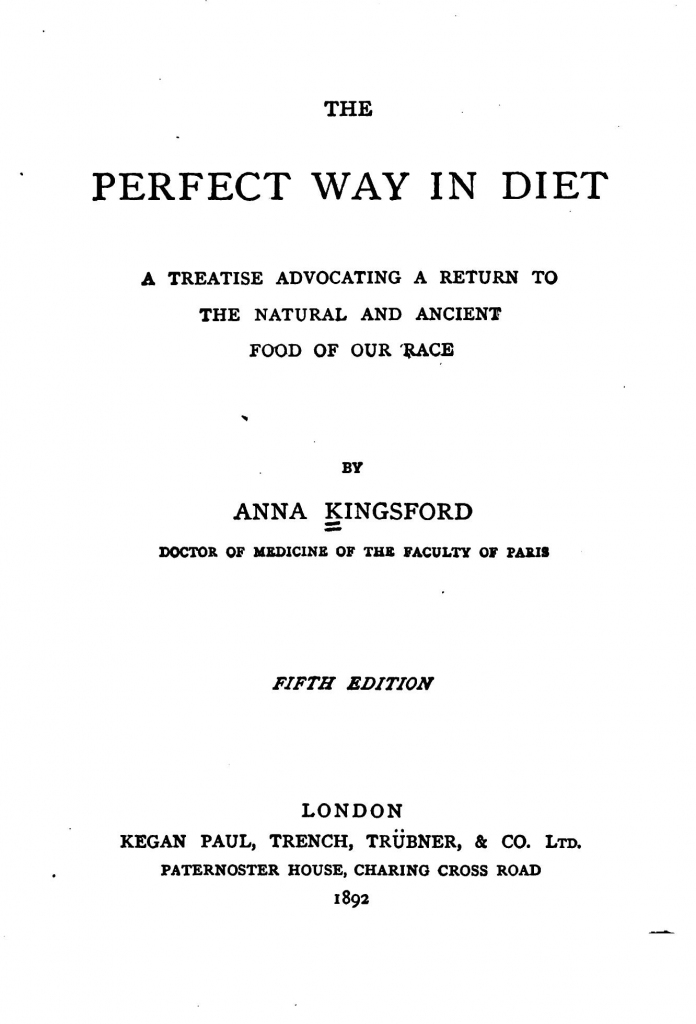 Kingsford sought to save non-human animals while also improving the physical and spiritual health of humans: “I know that in proportion as man abandons the diet of flesh and blood, and observes that of fruit and grain, his spirit becomes purer, higher, and diviner. So true is it that Body makes the Soul” (qtd. in Maitland vol. 1, 28). And if people like vivisectors worked to harm life instead of nurturing it? Well, Kingsford wasn’t above “invoking the wrath of God” and hurling herself as a “spiritual thunderbolt” at them to smite them with destruction (Maitland, vol. 1, 251).

Melissa Purdue is a Professor in the Department of English at Minnesota State University, Mankato. Her current research focuses on late 19th-century supernatural fiction, Human-Animal Studies, and eco-gothic literature. She has been published in book collections and journals such as Reassessing Women’s Writing of the 1860s and 1870s(Palgrave Macmillan 2020), Domestic Fiction in Colonial Australia and New Zealand (Pickering & Chatto 2014), The Latchkey, andThe Wilkie Collins Journal. She is also editor-in-chief and a founding editor of the journal Nineteenth-Century Gender Studies.

Kingsford, Anna. The Perfect Way in Diet: A Treatise Advocating a Return to the Natural and Ancient Food of our Race. London, Keagan Paul, Trench, & Co., 1889, Hathi Trust.