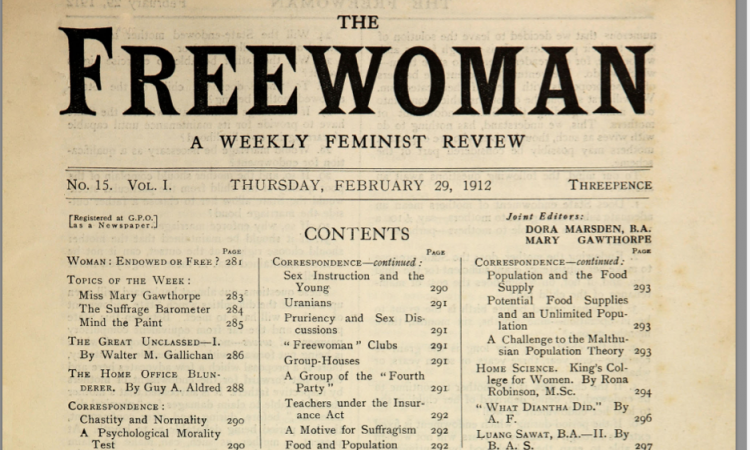 Who doesn’t love Mother? Consider two scenarios that faced late Victorian and Edwardian social reformers and opinion makers: working-class mother tending the family’s oh-so-many children while father drinks up his wages at the local public house (I’m thinking of the premise of Reginald Cripps’s Public House Reform); and, moving up a notch, mother pointlessly tending the family’s suburban villa (“The Laurels” of George and Weedon Grossmiths’ Pooter sagas) and anxiously watching one or two children (all the family can afford), while father labours at the office. And when father loses his job, what happens to mother?

For a segment of British opinion-makers, the answer was the quaintly-phrased “Endowment of Motherhood”, or, prosaically, State income support for mothers. “Endowment” happily co-opted the phraseology of the traditional Anglican marriage rite: “”With this Ring I thee wed, with my body I thee worship, and with all my worldly goods I thee endow,” said by bridegroom to bride.  Having located it in a popular idiom, proponents proceeded to argue against traditional marriage and for a series of propositions that proved difficult to pin down beyond the generalization stated above. Endowment’s most vocal supporter was H.G. Wells, breaking away from The Time Machine and The War of the Worlds to promote his version. The Fabian Society couldn’t make up its collective mind and then authorized a member to speak for them; the Freudian-Socialist-Zionist-doctor-writer Montague David Eder promoted a version that out-radicalized everybody. The opposition too was far from unified. There were those you’d expect: cultural anti-feminists; those for whom the idea was pie-in- the-sky or a burden on the nation’s finances (one cannot really yet say “taxpayers”); and surprising opposition from a disparate and quarrelsome bunch of Socialists, such as the maverick feminist Dora Marsden.

It is fascinating to see the issue going beyond the (deceptively) simple idea of income support, becoming a code of sorts for methods of living. Wells had a natural connection to the subject (his father was barely competent and his mother was seriously overworked) but he wanted more from the scheme than giving the Sarah Wellses of the world a break. In his 1905 A Modern Utopia, he grants his idealized mothers a living wage paid by the State. We already pay policemen and bishops, so why not mothers? The narrator bases this on woman’s economic inferiority; it is compensation for her being unable to produce as much value as a man for the same amount of work. Wells’s utopia condones divorce on fairly easy terms and gives a reassuringly conventional picture of family life with children (‘Chapter the Sixth—Women in a Modern Utopia’).

By 1908, Eder had jumped in with an influential pamphlet, The Endowment of Motherhood (published by New Age Press). Wells suffers from “paidomania”, says Eder, using a purpose-built term for (over)emphasis on the welfare of the child to the detriment of society’s adults. He wants a redefinition of motherhood to include professional mothers: women who take on the full care of other women’s children. All mothers, biological or otherwise, are paid: Eder’s guideline salary is a substantial 300 pounds a year. Mothers should be free to work outside the house in a profession of their choosing. Ideally, parents and children form the nucleus of Eder’s imaginary living co-operatives, gathering women and men, married and unmarried, into small, self-governing communities that, Eder assures readers, answer Freud’s call for an end to sexual repression. The Economic Journal for December 1908 attributed the author’s utopianism to Eder’s “sense of humour pleasantly evident throughout the book,” and told its influential readership that it had calculated Eder’s endowment scheme would cost the British government an impossible six hundred million pounds annually! 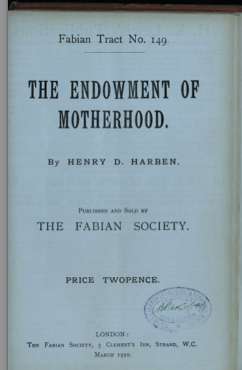 Henry D. Harben’s The Endowment of Motherhood was published that year as an official Fabian Society pamphlet – not without effort, as the society had failed, up to that point, to take a unified approach. Harben states the need for State support, with a distressing section devoted to infant mortality statistics. Next he argues for and against the State taking over full responsibility for parenthood. Harben concedes that the public is not ready for the former. He settles for a scheme to support mothers before and after childbirth that includes free nursing care and a cash payment, ten shillings a week. Won’t husbands drink up the money, someone asks, to have Harben remind them that there are outsiders in the house: mother’s medical attendants. On the whole, people could be relied on to behave sensibly, he believes. 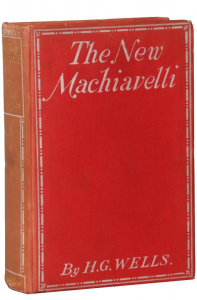 Wells went to the popular press –The Daily Mail- to outflank Harben. Wells’s Mail article (22 June, 1910) derided Harben’s scheme, calling it “mean” and “furtive”. He wanted a full subsidy scheme with a twist: most of the money goes to the aspirational middle class, as they are the ones capable of birthing and rearing children to replenish the national’s dwindling birth rate. (Wells was so pleased with the piece he reproduced it in his 1914 An Englishman Looks at the World.) In 1910, Wells serialized his social novel The New Machiavelli, in which an ambitious young politician adopts “The Endowment of Motherhood” as a campaign slogan and a template for living. Dick Remington’s version of his creator’s obsession with the birth rate, “Splendid and beautiful and courageous people must come together and have children,” (NM, Penguin edition, 306) reflects Wells’s neo-eugenics. Not to do so is to invite biological calamity. “Feckless breeders” are failures too; there, the solution is to stop them from having children. Remington wants full revolution, not a patch job; let us end the patriarchal family by means of the State paying mothers, and mothers will willingly forgo the option of having careers to care for their children. It’s effective publicity, until Remington’s extra-marital affair becomes public knowledge.  Even then, I think Wells intends to distinguish the message from the messenger.

Finally, Dora Marsden. “Woman, Endowed or Free?” Marsden asked in a February 1912 issue of The Freewoman. Speaking of contemporary women, she observes that “Already they seek to dress up their old slavery with the merest flummeries of freedom.” A daunting set of questions follows. Question 7: “After spending the best years of their lives in bearing children, are women to be thrown aside when their bearing period is over? If not, will not a State pension be necessary at the close of the period ?” Question 26: “To whom does the child of the State-endowed mother belong?”  (If it is the State, doesn’t the State have a responsibility for maintenance beyond childhood?) Marsden gets through 31 questions and turns to the even trickier subject of wifely support, generating 16 questions. Effectively, Marsden blows up the entire idea of endowment in line with her tilt towards literary and political anarchism. It may or may not shed light on Marsden’s stance that she had a working-class, working mother and an absentee father. 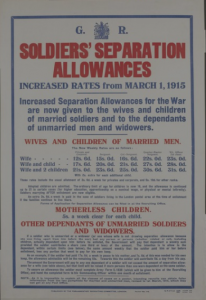 The onset of war caused affected parties to declare a truce, only to have the issue surface when the British government elected to pay a stipend to soldiers’ dependents. The government’s scheme underbid proponents by having it depend on the man’s status, not the woman’s. After 1918, the issue was taken over by Eleanor Rathbone, who fought for it throughout the 1930s. Rathbone died one year after the passing of the 1945 Family Allowances Act. Echoing the wishes of earlier supporters, allowances were paid to mothers. Nowadays Child Benefits are means-tested, echoing another sticking-point.

Judith Hendra was born and educated in Britain, at Cambridge University, and currently lives in Los Angeles. She has spent a number of years researching and writing a biography of Beatrice Hastings and has written about Hastings and The New Age circle for the Katherine Mansfield Society, the International Center for Victorian Women Writers, the Ezra Pound Society, the Wyndham Lewis Society, and the H.G. Wells Society. Her study of the critical response to H.G. Wells’ Edwardian novels appeared in the 2020 edition of The Wellsian. Her essay “Wyndham Lewis and The New Age” is included in the 2019-20 edition of The Journal of Wyndham Lewis Studies.

“The Endowment of Motherhood” in An Englishman Looks at the World, Being a Series of Unrestrained Remarks Upon Contemporary Matters (London, Cassell, Limited, 1914)