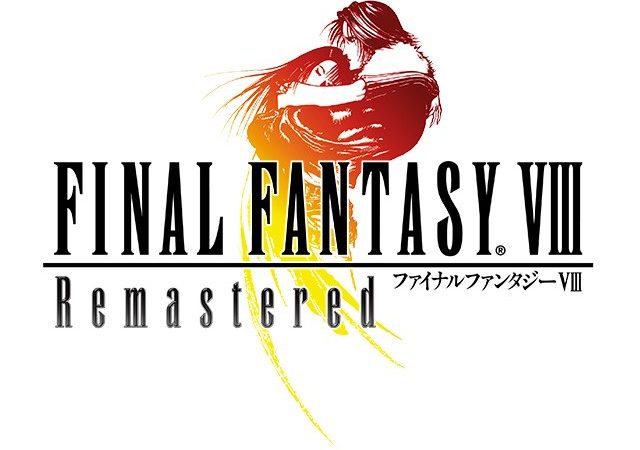 The Final Fantasy video game series is famous for its idiosyncratic narratives and eclectic references to different historical time periods. Often using concrete eras and locales as inspiration for their imagined fantasy-based worlds, the series has oscillated between medieval, steampunk, futuristic, Mediterranean, and Western settings. But what happens when a title modernizes specific aspects of nineteenth-century culture and represents them in a stylized format for the contemporary consumer? In the 1999 Japanese Role-Playing Game, Final Fantasy VIII, which was recently remastered and rereleased in 2019 and 2021 for current gaming platforms, the setting is European with particular references to English imperialism and the Victorian occult. In this short essay, I argue that the game’s fantastical take on imperial identity, magic and the occult, and political matriarchy allows it to reimagine matters of empire through its own story about a military cadet who is destined to defeat a legendary sorceress with imperialistic ambitions.

When H.G. Wells published The Time Machine in 1895, he could not have predicted the degree to which human society would cultivate countless adaptations and reinterpretations of the time travel myth. His science-fiction novella popularized time travel as a means to comment on Victorian-era class inequality by imagining a darker future in which classism hinders human evolution. While more popular instances of time travel narrative such as Robert Zemeckis’s Back to the Future (1985) and animated cartoon series Rick and Morty (2013-Present) navigate time travel through an overtly comical lens, Wells’ vision of the future as bleak and catastrophic finds an afterlife in other contemporary genres of the time travel myth that imagine how time alters history. Video games have become an especially popular medium through which to explore alternate futures, with late-twentieth century Japanese Role-Playing Games like Chrono Trigger (1995) and Chrono Cross (1999) introducing players to different temporalities caused by decisions they make in the game. But what happens when a video game modernizes specific aspects of Victorian-era culture and represents them in a stylized format for the contemporary consumer?

A little over a hundred years after the publication of The Time Machine, a Japanese video game developer named Square Soft released the eighth installment of its increasingly popular Final Fantasy series. Titled Final Fantasy VIII (1999), the video game was a time-travelling epic that marked a stark departure from the aesthetic design of its predecessors. The strange and ornate character illustrations of previous titles had been replaced temporarily with a seemingly “ordinary” art direction that reflected a world far more realistic and closer to our present. In juxtaposition to more recent installments, which had adopted the steampunk environment obsessed with emergent technologies, Final Fantasy VIII took place in a world of the near-future in which occultism magic coexisted interdependently with nation-states, technology, and imperialism. Indeed, this Final Fantasy game introduced the audience to a major aesthetic and tonal shift that challenged players to grapple with issues of cultural transformation and the rise of modernity.

The recent release of Final Fantasy VIII Remastered (2019) on current hardware reintroduces the title to a new generation of younger players and thus compels one to revisit how the game engages in a critique of time, empire, and the occult that echoes the Victorian cultural milieu.[1] While the game itself happens to take place in a science-fiction iteration of 1990s Europe, Final Fantasy VIII integrates mysticism and political matriarchy into a neo-imperialistic narrative that relies heavily on fantasy and the supernatural.

The narrative of FFVIII chronicles the exploits of Squall Leonhart, a mercenary training at an academy called Balamb Garden to join a special forces’ cohort known as “SeeD.” In the world of FFVIII, SeeD cadets learn to become combat specialists capable of defeating the Sorceress in their time, a malevolent matriarch that possesses the power of occult magic. In Squall’s time, he must confront Sorceress Edea, a mysterious woman who serves as ambassador of the Galbadia Military Empire. In her role as political leader of a country, Edea uses her command of magic to rule Galbadia and undergo an imperial agenda that includes eliminating all SeeD cadets. Her uncanny connection with the supernatural (one that only sorceresses have) enables her to control Galbadia, and subvert the gender norms that normally prevent women in the game from enlisting in the military or assuming a prominent military leadership function.

Within Victorian culture, women encountered similar obstacles to gender equality that prevented them from being full participants in British society. Women’s rights were undermined by patriarchal systems of oppression that included disempowering marriage contracts, lack of financial power, and repression of sexual independence. And yet, women found privilege within the occult and Spiritualist Movements that developed in the late-nineteenth-century.[2] While domestic and public spaces denied women rights to equal status and protection, they were able to circumvent rigid class and gender distinctions through “a movement which privileged women and took them seriously [giving] female believers…possibilities for attention, opportunity and status denied elsewhere.”[3] Given that Victorian women were often seen as spiritualist mediums that could communicate with the dead and otherworldly forces, many used the supernatural imagery to critique domestic life. This was the case with women authors such as Charlotte and Emily Bronte, who cultivated a feminine agency through the imagery of ghosts and the paranormal from their Gothic novels Jane Eyre (1847) and Wuthering Heights (1847). In FFVIII, Sorceress Edea also cultivates a similar agency from her magical prowess as a sorceress whose occult powers enable her to serve as ambassador of a nation. By embodying the occult through her character design, story function, and sorceress abilities, Edea is a neo-Victorian representation of the same relationship between gender, psychic awareness, and spiritualist intermediary that developed historically in the late-Victorian period.

In an interview about the inclusion of sorceresses within FFVIII, Director Yoshinori Kitase states the following: “While visually, [the game] presents as near-future sci-fi, I wanted the base of this story and world to be centered in fantasy, so I included sorceresses.”[4] Kitase’s remarks reveal how he strived for the game to feel like a modern representation of science fiction with a world that clearly has mysterious roots in fantasy culture. This desire to balance realism and fantasy is not unlike what one sees with the late-Victorian focus on Gothic Revivalism. For example, Oscar Wilde’s The Picture of Dorian Gray (1890) and Robert Louis Stevenson’s The Strange Case of Dr. Jekyll and Mr. Hyde (1886) occur in a realistic locale (Victorian England) while interlacing their narratives with Gothic conventions of supernatural imagery and science-fiction. Dorian Gray’s inner struggles with selfishness and vanity are very real and relatable while imagined through the supernatural symbolism of his aging portrait. Likewise, Dr. Jekyll’s internal fight against Mr. Hyde reveals the dark realism of drug addiction while expressing it through the critical lens of supernatural science-fiction. The conceptual balance between realism and fantasy is an essential component of the Victorian literary narrative, and FFVIII echoes the tradition by melding fantasy and science-fiction into a fictionalized neo-Victorian world with the distinct feel of a contemporary setting.

A mid-game plot twist reveals that Edea is actually being possessed by another sorceress from a distant future – Ultimecia – who uses a time machine to send her consciousness back into the past. She desires to achieve “time compression,” a state in which past, present, and future become one, thereby allowing her to rule over all time periods. This revelation means that Edea’s imperialistic agenda was not of her own will, but rather was orchestrated from the future by the main antagonist. In a reversal of the “time machine” from H.G. Wells in which the Time Traveller goes to the future, FFVIII uses time travel to facilitate the villain’s journey into the past so that she can accomplish her goal of controlling all timeline events simultaneously. In effect, the game illustrates Ultimecia’s understanding of imperial domination as an enterprise in constant flux, thereby proving that empire can never be destroyed. It always evolves.

After Squall travels to Ultimecia’s dystopian future to defeat her, he attempts to return to his own time period. Before his arrival, he ends up briefly in the distant past where he encounters a young Edea and a defeated Ultimecia on the brink of death. Just before delivering the final strike, Edea stops Squall by revealing that Ultimecia (and all sorceresses) cannot die in peace until she passes her powers to another woman. Edea agrees to accept them, thus continuing the sorceress’ “line of succession” and cementing the infamous “time paradox” plot twist of FFVIII in which the player learns that a future Squall is the one who gives Edea in the past the idea to establish Balamb Garden and train SeeD cadets. In addition, Edea’s decision to accept Ultimecia’s powers in the past will also facilitate her possession during events of the main game. Ultimately, the matter of “succession” in FFVIII is curiously similar to the Victorian context given that sorceress powers are understood much like a royal bloodline. They are passed down, from one generation to the next, and can only be inherited by women (like Edea) who have the psychic acumen to receive them. As such, FFVIII reimagines the concept of hereditary succession in the game.

In the end, Square-Enix’s FFVIII is not unlike a late-Victorian novel. The game incorporates a number of literary genres and themes into its framework that coalesce around the central narrative of the entire 40-hour experience. By integrating elements of science-fiction, the occult, empire, and gender into the main story, FFVIII represents itself not only as a contemporary mode of neo-Victorian entertainment, but also as evidence of the video game being a creative model of interactive literature in our generation.

Julian Whitney (@JulianSWhitney) is an Assistant Professor of English at Wabash College in Crawfordsville, IN. His research interests include British Romanticism, law and literature, Gothic fiction, and critical race studies. At Wabash, Julian teaches courses on composition, poetry and short fiction, and English Literature in the nineteenth century. Currently, he is working on an article manuscript titled “Poltergeist Hunter: Gothic Horror in Noriyuki Abe’s Yu Yu Hakusho: Ghost Files,” which examines how elements of the Gothic influence narrative storytelling in Japanese anime.

[2] In the late-nineteenth-century, Spiritualism emerged as an occult movement focused on “the beliefs that the dead could communicate with the living.” In the Victorian period, women were widely viewed as being more spiritually aware and in greater proximity to the supernatural. Their bodies, in particular, were considered to be perfect vessels for occult activity.

With all of this summer heat, who wants to leave the house!? In this #blogpost by
@Sarahebb_ she writes about what the Angel in the House figure looked like OUTSIDE of the home in Victorian advertisements. Read the full post here: https://jvc.oup.com/2021/01/21/picturing-the-angel-outside-the-home/.