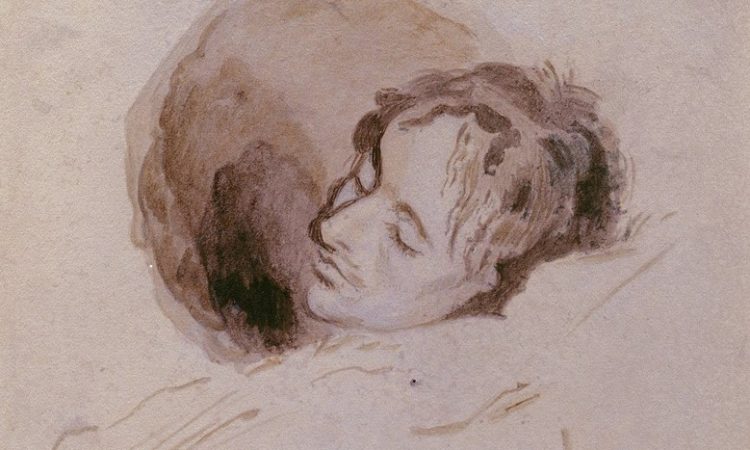 There are those who consider the words of the sanguine poet scarcely worth the reading. A prescription formula for funerals, heartbreak and teenage angst, poetry has long been established as the literary tonic for the dilapidated human condition. In the name of authenticity, it naturally follows that the greater the suffering of a maudlin bard, the greater their work and legacy. Mythology has romanticised and popularised the tragic poet, a familiar archetype in celebrity literary culture. It is the reason teenage girls continue to make the pilgrimage to Heptonstall, Yorkshire, leaving an avidly chewed biro pen by Sylvia Plath’s well-trodden grave and why an entire generation of middle age women are currently branded with the name of Kurt Cobain, their first secret tattoo etched in the aftermath of his shocking suicide in 1994. It is the reason we watched, compelled, as Amy Winehouse and Dylan Thomas wasted away before crowds of adoring fans, pruriently fascinated by their descent into darkness, despite the catastrophic effects it had on their life and work. And it is the reason John Lennon and Wilfred Owen have become canonized by their early and violent deaths, saints of peace and war respectively, martyred by the evils of the wider world in contrast to their innocent and soulful selves.

On the bicentenary of John Keats’ death we are now fluent in the retelling of this classic figure. However, on the eve of his passing on February 23, 1821, the largely unknown poet and had yet to become the blueprint for the tragic celebrity that we still revere today. During his truncated life, the poet failed to achieve the fame and success of fellow romantic poets Lord Byron or Percy Bysshe Shelley and was, according to Byron, decimated by a poor review of his published volumes which he flippantly blamed for the young poet’s demise. But his body of work was primed for a vibrant and popular afterlife, entwined as it was within the poet’s consumptive hagiography. His most celebrated work, including ‘La Belle Dame Sans Merci’, ‘Endymion’ and ‘Bright Star, Would I Were Steadfast as Though Art’ are fired with the passions of an unfulfilled lover, the darkly gothic work deeply entrenched in death and the fragility of life. Though most of his famed work was written and published before Keats contracted tuberculosis in 1820, the boundaries of these volumes have blurred over time, resonating with the final letters of the consumptive poet, ghoulishly obsessed with his lost love – Fanny Brawne – and crippled with the pain of his disease. His ghostly letter writing in these last months, ensconced in Rome with his portraitist Joseph Severn, would create a bastion of relics for his future fans. Delicate portraits of the artist, mournful and brooding, and pencil sketches of the patient unconscious on his death bed, would all feed into the cult of Keats, whilst his intimate correspondence brutally captured his slow death in real time. His famous words ‘I have an habitual feeling of my real-life having past, and that I am leading a posthumous existence’, prophesied his resurrection some years later.

The tragic image of the young and gifted poet was promptly augmented by his friend, Shelley, in his poem ‘Adonais’. This 1821 elegy immediately deified the young Keats as a delicate ‘sleeping flower’, heavy lidded and soft limbed, whose genius and beauty was misunderstood in his time. As if to cement Keats in the annals of tragic poetry, Shelley famously tucked a copy of his late friend’s poems into one of his pockets as he himself plummeted into a watery grave. Both Keats and Shelley had, in turn, eulogised Thomas Chatterton, the young poet who killed himself with arsenic in 1770, creating a cyclical poetic tragedy, a triptych of beautified corpses for the Victorians to feed off in the latter half of the nineteenth century.

This was the century that was equally obsessed with death as it was with literary celebrity; the century that built the fortunes of the Courtauld family, manufacturing black mourning crape to long grieving widows; the century that saw millions of hungry readers weeping uncontrollably for Little Nell and Tiny Tim in Charles Dickens’ sentimentalist prose. By 1900 the angelic death was so celebrated and glorified, it was commonly felt that if one had not achieved fame and fortune, dying well was assuredly the next best thing and Keats’ desperately flawless image was a shoe in for such a craze. Initially hailed by the aptly named Cambridge Apostles as a lost genius, his poetry, life and letters were swiftly repurposed for a new audience in the 1840s. Later, the Pre-Raphaelites, romanced both by his achingly gothic themes and his own personal suffering, adopted him as one of their own – his soft curls, protruding upper lip and lily-white skin the perfect visage for the artist living in penury and the misunderstood master.

If Keats’ words and image cast him in the romantic lead, his tuberculosis made him a star. This was the sickness of the great artist whose pale perfection on the outside masked a consuming passion on the inside, imminent death freeing the creative spirit, no longer corseted within the bounds of the mundane and earthly sphere. In his sculpted, otherworldly loveliness, the young Keats was once again co-opted by the aesthetes toward the end of the century. His exaltation of beauty above all things stood proud as a nascent manifesto for the movement, whilst his delicate, androgynous corpse served as their angel of fashionably beautiful death. This lingering image of a poetic martyr walking breezily toward eternal sleep, would even curb the acerbic tongue of Oscar Wilde. His tribute to the ‘divine boy’, has enshrined Keats permanently as a figure, not in death, nor in life, but suspended between the two: the eternally beautiful corpse. His twenty-first-century shrine has become overpopulated with celebrity poets, but its worshippers remain as ardent as ever.

Tamara Kaminsky (@tamarakaminsky) is a PhD candidate at the University of Exeter, exploring the nineteenth-century origins of the celebrity interview. After working as a professional journalist for 20 years, an interest in celebrity journalism plays on her own experience of working within
a fame generating industry.