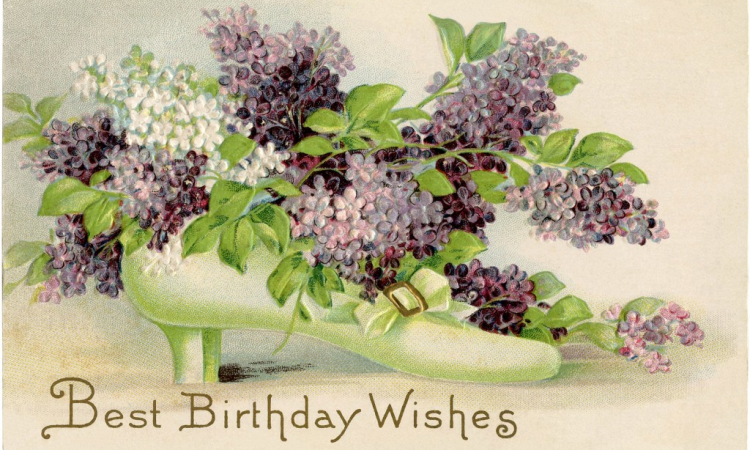 When Marysa Demoor, a longstanding member of Journal of Victorian Culture’s editorial board, suggested a celebration of eminent Victorianist Laurel Brake’s birthday, she was deluged with contributions from some of the most prominent scholars in the field: Margaret Beetham, Anne Humpherys, John Stokes, Helen Small, Lene Østermark, Marianne van Remoortel, James Mussell, Fionnuala Dillane, Andrew King, Mark Turner and Gowan Dawson. Each offered a personal take on the impact Professor Brake has had on their area of research activity, whether that be periodical studies (nationally and internationally), Pater studies, theatre history, gender and queer studies, media history, or the histories of print and material cultures.

What results is at once a toast from JVC, a collection of birthday cards from a distinguished fan base, a composite portrait of Laurel Brake as a research pioneer, and, as a happy by-product, a micro-history of Victorian Studies from the vantage point of print and periodical history.

To complement this celebration of Professor Brake’s ongoing contribution to Victorian Studies, we offer a free access pop-up selection of JVC articles informed by her work.

By way of a taster, JVC Online hosts Professor Isobel Armstrong’s celebration of Laurel Brake as a feminist colleague, teacher and collaborator:

What I want to celebrate in Laurel is her selfless creative stamina. She has prolific scholarly and imaginative gifts. But I don’t think anybody else I know possesses her persistence. When she feels something is right she is ferociously persistent in pursuing it. She will not give up. Even when those around her have given in, and a situation looks hopeless, she persists – and mostly that persistence bears fruit.

I found this on two important occasions: first when we were trying to establish the MA/MSC in Gender Society and Culture at Birkbeck in the early nineties, and second when, almost single-handedly, she achieved funding from the AHRC for the online edition of Nineteenth-century periodicals (NCSE) in the early 2000s and recently battled to ensure that it still exists today.

We established the MA/MSC in Gender Society and Culture against the odds. Gender teaching was scattered across the College, but we knew there was the potential for an integrated course. The Women’s movement was still active, and there was a huge body of feminist scholarship and theory that was crying out to be taught at an advanced level. With Dr Mary Kennedy, feminist scholar and historian, Laurel and I planned the Master’s as two parallel streams, one in the humanities and the other in the social sciences and psychology, bringing together as many as a dozen teachers at a time. It was hard to get through the College committees. But armed with facts and arguments provided by Laurel and Mary, I went to see Tessa Blackstone, the then Master, and suddenly the doors opened.

One of the most innovative – and to us exciting – elements of the course was a Group Project that we thought would attract students. Interestingly, some students at interview expressed suspicion of this. They argued they had been trained as individual achievers and were not used to the concept of group work. In practice, there was considerable anxiety and resistance among the students about group work. But Laurel would not give up on it. She led the planning of the run-up to presentations day. When the students objected to a group mark, she established the principle of group marks plus individual marks, and the principles upon which this was awarded. In the event the group projects produced some very interesting work, from explorations of ‘child free’ couples’ rationales to Madonna, women and war, women and work. That this succeeded was down to Laurel’s persistence. She believes deeply in collaborative work, and her beliefs sustained a unique experiment.

NCSE was an even more heroic achievement. Laurel was the lead investigator on this project. Battling through discouraging responses from AHRC, and selflessly putting this project before her own research, she finally determined that the free online publication of the six nineteenth-century periodicals, chosen for their range, should be shaped as a full scholarly edition, with key words and bibliographic metadata on titles, volumes, issues, articles and full introductions on the affiliations (social, political, religious) and readerships of the journals. The six periodicals were enormously varied, and represented different technical problems – The Monthly Repository, The Northern Star, Leader, English Woman’s Journal, Tomahawk  and the Publishers’ Circular. It was a massively ambitious project and required huge planning energy to be accomplished in the time scale given by AHRC. The project required very different kinds of problem-solving – technical and organisational. Laurel worked with Jim Mussell and Mark Turner as well as myself (I was a very subsidiary member of the team). Jim was our technician in chief. Getting minds round the technical problems of digital work and the different constraints involved was a major issue. Shocks such as the discovery of a whole extra tranche of material would occur. The inconsistency of journals’ categories was exasperating, meaning that it was hard to make the edition uniform. But Laurel always pushed on, undaunted, drawing on that tremendous energy and stamina. Conferences were organised to publicise work in progress. A whole other side of the project was our collaboration with King’s College, who were storing NCSE. Regular meetings and diplomatic negotiations over the allocation and pace of work meant another kind of planning skill was required. Laurel always rose to the occasion. A large scale work of this kind had its inevitable and multiple frustrations, but she was never defeated by them.

And it is thanks to this undaunted stamina that NCSE is available still. Some three years ago it seemed that NCSE could no longer be maintained on the King’s system. But Laurel saved the day, obtaining funds to sustain the project and renegotiated with King’s. It is thanks to her that this extraordinary monument to the range and cultural complexity of Victorian journalism is freely open to all scholars – indeed to any curious reader. Nineteenth-century scholarship owes her a tremendous debt.