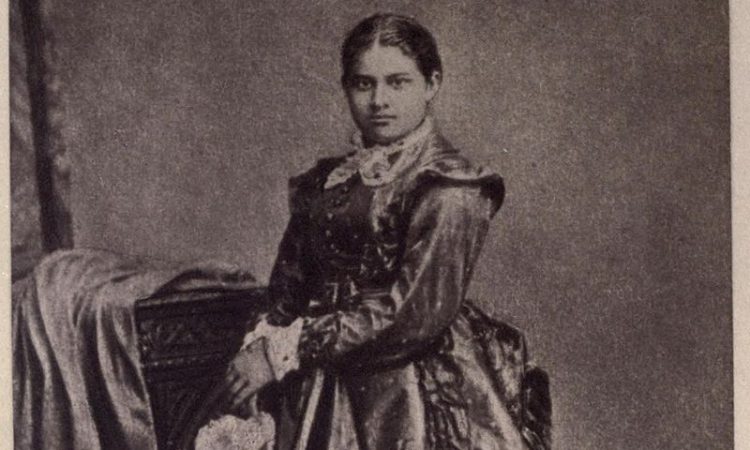 This is an ode to one of those poets of the world literary tradition whose work captured and immortalized the everlasting magnanimity of the natural world, in the spirit of the Romantic poets of the nineteenth century, who strived for excellence in the literary arts, whose life was like a temporal spring that came to an end at the time when it was blossoming; like the nightingale’s voice of Keats’ poem, or the ‘golden autumn’ of Chatterton’s. Yet it was a life that celebrated the bountiful abundance of the skies, the streams, the hills and the lakes. A life that sought for an archival of remembrance in casuarinas of a family garden, a life that searched for individual strength and hope in an otherwise socially turbulent world, like the poets and sages who have eternally glorified the harmony of the primordial. There has been a significant body of critical writing on Toru Dutt’s work, which is immensely enlightening and thought-provoking. This essay will briefly discuss some aspects of Dutt’s aesthetic vision as reflected primarily in her letters and poems, in the context of nineteenth-century cultural discourse.

Toru Dutt’s literary sensibility was informed by her vast and encyclopedic erudition of European classics which she was able to read from her family library, along with the intellectually enriching atmosphere of her home, which reflected thoroughly the larger reformist discourse produced as a part of the nineteenth-century Renaissance in Bengal. Her letters, primarily those written to her friend Mary Martin, shed light on her quotidian reading habits, her knowledge of the literary and cultural journals in circulation at that time – the most notable one being the Revue des deux Mondes, the renowned French literary journal – as well as her opinion on contemporary writings.

Dutt’s poetic craftsmanship reflects a remarkable cross-cultural and trans-discursive dialogue which was being generated as a part of the transmogrification of intellectual paradigms during the nineteenth century. Her remarkably articulate poetry captures a seamless blending of not only ancient Indian classical and European categories of thought, but also a wider coalescing of modernity and tradition. Ancient Ballads and Legends of Hindustan (1882), a posthumous publication, serves as a brilliant testament to this intermingling of categories which is a distinctive feature of Dutt’s oeuvre.

M. K. Naik opines, “Her diction is naturally of the Victorian romantic school, and true to the Ballad motif, she employs archaisms like ‘hight’ and ‘dight’.” [1] Dutt’s poetry, with its eloquence of diction and clarity of rhetoric, reflects her prowess as a retentive reader too. She herself writes in one of the letters to Mary Martin that she has the first two books of Milton’s Paradise Lost memorized, and the Miltonic echoes one finds in her work are unmistakable, as we find in “Our Casuarina Tree” – one of those poems in the pantheon of world literature that surpass the boundaries of time, space and context:

When earth lay tranced in a dreamless swoon:

And every time the music rose,- before

Thy form, O Tree, as in my happy prime

I saw thee, in my own loved native clime.

A critical introspection into Dutt’s poetry unravels several literary echoes which are intertwined in a woven tapestry of the poet’s distinctive approach to style as well as subject matter. One finds a distinct similarity in tone with the lyrics of the poets of the Romantic tradition, especially Wordsworth, as well as the Victorian lyric poets, with an uncanny resemblance to that of the poetic corpus of Elizabeth Barrett Browning and Christina Rossetti.

Her letters also reflect the rich cultural atmosphere of her home, where significant literary works, contemporary and classical, were read and discussed, as evident in the following excerpts:

“We are now reading with papa Shakespeare’s Midsummer Night’s Dream. We have finished Waverley.”  (Letter to her cousin, Omesh C. Dutt; December 11, 1870)

“Have you read Black’s A Princess of Thule or A Daughter of Heth? They are both very readable and rather well written novels. Far from the Madding Crowd is a very powerfully written novel by a Mr. Hardy. it reminds me in places of George Eliot’s Adam Bede.” (Letter to Mary Martin; October 31, 1876)

Significantly, this was written while she was staying in London with her family, and, in a previous account in the letter, Dutt talks about her visit to the Drury Lane Theatre where she would be going to see Amy Robsart (a theatrical by Andrew Halliday). It is to be noted that Dutt writes this at a time when women of her age where still denied access to public spheres, and an engagement with literary art was undoubtedly a dauntless step to freedom and emancipation, much like authors like Frances Burney and Jane Austen, who reacted to this “debilitating” silence (borrowing the word from Gilbert and Gubar) which women writers experience in a male-defined literary tradition. [2]

Dutt’s initial published works include introspective essays in the Bengal Magazine on Henry Louis Vivian Derozio and Leconte de Lisle, and her involvement with poetry and fiction – in English as well as French – grew mature and deep. Dutt was prolific in the field of music and had considerable interest in paintings. Her letters shed light on her knowledge of eighteenth- and nineteenth-century art, for instance, Thomas Gainsborough’s ‘Blue Boy’ (which she saw in the Kensington Museum) and Jacques-Louis David’s “Napolean Crossing the Alps”. Dutt was interested in art criticism too, as she wrote: “I like the Art Journal very much. There are beautiful steel engravings in it.”

She even writes of a personal anecdote where she expresses her wish to archive her fondness for art in a gift to her father, Govin Chunder Dutt: “Papa’s birthday was on the 28th of January … I gave him a book of photographs taken from the paintings of the great master’s of the Georgian Era.”

It is significant to note that this element of aesthetic appreciation deeply informed her writing too, as did Constable’s paintings to the work of John Keats, to a certain extent. Graphic and visual synesthetic imagery profoundly inform her detailed and neatly crafted depictions of natural harmony, the musicality of a divinely maintained cosmos, the rhythm enshrined in the turbulence of the Romantic quest for spiritual deliverance:

“Thus oft alas! the discords of the earth

Troubling the sweet peace of my thoughts, give birth

To unclean slime, that in dense spirals roll

To mar thy gracious image in my soul.”

However, soon this turmoil paves the way to tranquility, an invocation of peace which concludes the poetic process itself: “And the calm enters in my sense instead”. Remarkably, this has a striking resemblance to the poems of the Romantic tradition where a deeply tumultuous psychic dichotomy yields a refined harvest of verse, or in the words of MH Abrams “the dynamic conflict of opposites, and their reconciliation into a higher third.” [3]

… And all that noise, as of a rushing crowd,

With groans , and tremulous shudderings – all is over –

It tells another tale, with sounds less deep and loud!”

References to music too abound in her letters and writings, and it’s important that this element of musicality (with both sacred and secular resonances) sheds light on her writing. Therefore, Dutt’s work resonates with a profound intellectual sublimity which can be traced back to the poet’s varied interests in the diversified field of the humanities. A consciousness of liberation moreover always underpins her writing: recognition of the vastness, the stillness, the magnanimous dynamic of silence working in the nooks and corners of a neat, naturally sustained world, certainly echoing the idea of a pre-Lapsarian moral order. The sonnet “Baugmaree” offers a brilliant exploration of this, which concludes with:

Looks through their gaps, and the white lotus changes

Drunken with beauty then, or gaze and gaze

On a primeval Eden, in amaze.”

While Sheaf Gleaned in French Fields (1876) assimilates Dutt’s diverse knowledge of French literature with her own independent style of writing, Ancient Ballads of Hindustan (1882), a posthumous publication, traces the poet’s deep association with the mythical tales of the canonical Indian classics. She talks about characters like Sita, Savitri, Prehlad and others – from Indian mythology – and presents them in a light which blends her reverence for tradition and love for modernity. When read minutely, these poems are densely symbolic too, as they voice the freedom of indigenous thought at a time when the discourse of colonialism was intensifying, when debates about independence and nationhood were gaining prominence. Thus placed within the historical and discursive context of nineteenth-century Bengal, Dutt’s poems, letters and writings also voice a resistance to a discourse which aimed at homogenization of categories in thought, ideas and diction. Her poetry embodies power, her poetry bespeaks diversity – her poetry becomes one with that continuing tradition of literary history which celebrates the minute workings of the natural world, the sound of spring, the delights of summer, the hope after winter, the sorrows which time encapsulates and treasures in “the deathless trees of Borrowdale” or Casuarinas in the poet’s “own loved native clime.”  It is the same sentiment captured later in the phenomenal writing of Rabindranath Tagore,

“I’ve gone to see the mountains,

The oceans I’ve been to view.

But I haven’t seen with my these eyes

On a corn of paddy grain,

Toru Dutt’s verse captures this essence – it reconciles the personal with the universal, it searches for musicality in discord, permanence and hope in a temporal, despair-stricken world, it is redemptive like “sunlight after rain.” [5]

Aisik Maiti (@AisikMaiti) is a first semester MA English student at the University of Calcutta (Main Campus). An avid reader, he has presented papers in national and international conferences. He has publications in international journals, and his areas of interest include literature and the other arts, early modern studies, eighteenth and nineteenth century studies and Indian writing in English.