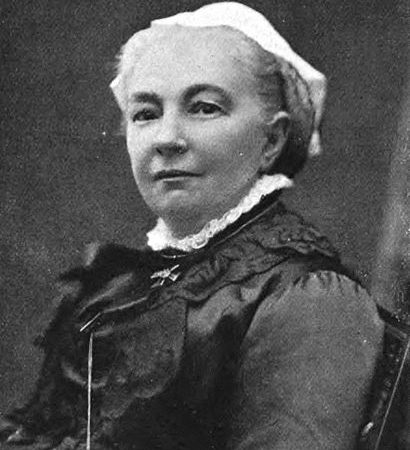 I recently picked up a long Victorian novel that has long been on my list, Margaret Oliphant’s 1866 Miss Marjoribanks. It features a protagonist who recalls Jane Austen’s Emma, the spoiled, clever, and maddening Lucilla Marjoribanks (pronounced “Marchbanks”), who is determined to have her way in everything as she navigates through a marriage plot in a sleepy provincial mid-Victorian English town. Miss Marjoribanks is a good pandemic read for the comfortable satisfactions it offers as a sprawling realist novel that you can sink into for weeks at a time. Not too much happens in it: no madwoman in the attic, no escaped convict, no murders or anything very sensational. “Loose” and “baggy” were Henry James’ (half-critical, half-fond) terms for this kind of book. One might also call Oliphant’s novel “fat”; and in fact, fatness, or what the novel often calls “stoutness,” is important to the novel, in ways that speak, I think, to the nature and some of the key pleasures of this kind of fiction. A character in an even fatter (and much better-known) Victorian novel, George Eliot’s Middlemarch, advises against too strict a diet (“it’s an uncommonly dangerous thing to be left without any padding against the shafts of disease”) on the grounds that “life wants padding.” This lesson is one that Miss Marjoribanks also ultimately endorses—both in content, and in its own bulk.

Oliphant’s novel is preoccupied with the process of what it sums up as “going off,” losing one’s youthful bloom, filling out, and especially becoming “stout”—a condition that seems to afflict both the novel, and many of its characters, simultaneously. Lucilla had, early in the novel, fended off a marriage proposal by insisting that she intended to “postpone[e] all matrimonial intentions until she was nine-and-twenty, and had begun to ‘go off’ a little.”  What had seemed like a breezy excuse to a suitor at age 19 (and in chapter 7) suddenly becomes more plausible with a sudden break that we encounter in chapter 37: “the years passed on,” we’re told, and Lucilla has now spent a decade living at home alone with her father. “She had been nineteen when she began her career,” and now she is suddenly twenty-nine: “the period arrived at which Lucilla had thought she might perhaps have begun to go off in her looks.”

To “go off” can manifest in different ways, in different forms of having one’s youthful bloom and beauty decline. It is always subjective and ambiguous — several characters specifically deny that Lucilla has in fact “gone off” — and it is a fate associated not only, as one might assume, with women, or with female beauty: men go off, too, and when they do so, it is often through gaining weight and becoming “stout.” We see the male version of going off most clearly in Mr. Cavendish, a dashing young man who had seemed on the verge of proposing marriage to the 19-year-old Lucilla until – seemingly afraid of having a disreputable character revealed – he suddenly left town in a rush.

Now, he has returned. Lucilla comments to him that he is “a little changed” since his departure a decade ago:

“Gone off?” said Mr Cavendish, with a laugh; but he felt horribly disconcerted all the same, and savage with Miss Marjoribanks.

Oliphant proceeds, quite mercilessly (the novel can be hilarious), to turn Cavendish’s new “stoutness” into a central feature of his identity. “Good Lord!” an acquaintance cruelly exclaims:

“Cavendish, is this you? I never expected to see you like that!…. You’re stouter than I am, old fellow; and such an Adonis as you used to be!”… To be stouter than Centum without Centum’s excuse of being a well-to-do householder and father of a family, and respectable man from whom stoutness was expected, was very bitter to [Cavendish]; but he had to gulp it down.

“Health all right, I hope?” [Dr Marjoribanks] added, looking at Cavendish with that critical medical glance which shows that a verbal response is unnecessary. This time there was a certain insinuation of doubt on the subject, which was not pleasant. ‘You are getting stout, I see,’ Dr Cavendish added, not laughing, but as if that too was poor Mr Cavendish’s fault.

Mr Cavendish had gone off, whatever she herself might have done. The outlines of his fine figure had changed considerably, and his face was a little red….

[S]he could not but acknowledge, when Miss Marjoribanks mentioned it, that, to have been such a handsome man, he was inconceivably gone off.

“Going off,” and becoming stout or fat, acquires a particular significance in this novel in the ways this process of temporal human decline and expansion is measured out in a work of fiction that, by the time that Mr Cavendish returns to Carlingford, has itself also become quite hefty. (Like so many Victorian novels, this one was published serially, in accumulating monthly parts.) Characters’ stoutness and aging mirror the novel’s own enlargement: as chapter follows chapter, years pass, youthful dreams often go unfulfilled, and the novel’s characters have to learn to accept and to make do with reality—a reality that quite often takes a form of some extra pounds. It’s very relatable, in these days of “the Quarantine 15” and pandemic panic-snacking (for those of us lucky enough to be able to worry about that problem). “Going off” by gaining weight functions, in this novel, as a key realism-effect. We all must accept the truth that our youthful bloom will fade, and that we may need to let out the belt a notch or two as the years pass.

But what mitigates against the bitterness or disappointment of this lesson is a sense that it’s not always such a terrible thing to “go off”— in part, because it is something we can experience with others as we age and move through time together. This more consoling view of “going off” is best expressed in the novel in a moving scene where Mr Cavendish has a reunion with another woman with whom he had also flirted as a youthful Adonis, ten years previously:

Barbara, like himself, had changed. She did not insult him, as Lucilla had done, by fresh looks and mischievous candour about “going off.” Barbara had gone off, like himself, and, like himself, did not mean to acknowledge it. She had expanded all over, as was natural to a contralto.… Instead of feeling ashamed of himself in her presence, as he had done in Lucilla’s, Mr Cavendish felt somehow consoled and justified and sympathetic. “Poor soul!” he said to himself, as he sat by while she was singing. She, too, had been in the wars, and had not come out scatheless.

“She had expanded all over,” but this is “natural”—and, to another slightly stout, no-longer as young, person, deeply reassuring.

Life wants padding: this is a life insight for which one will look in vain in Romantic or Modernist lyric poetry, or in fashionably svelte works of drama or fiction. Its full force can arguably only be conveyed by a lengthy realist novel, spanning years — one that, like many of us these days, has acquired a little extra weight.

Ivan Kreilkamp (@IvanKreilkamp) is Professor of English at Indiana University, where he is also co-editor of Victorian Studies. His most recent book is Minor Creatures: Persons, Animals, and the Victorian Novel (Chicago, 2018).