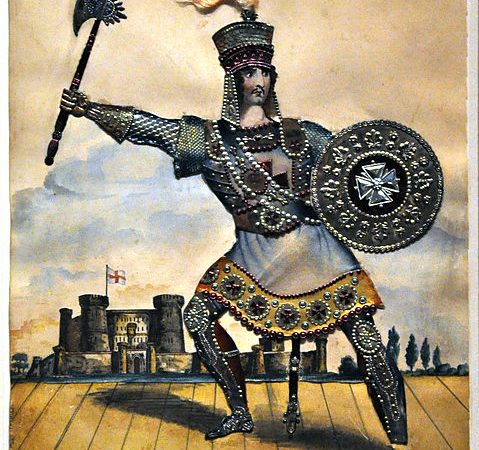 Everyone agrees that the historical novel is an almost impossible genre to write successfully. Yet it keeps being written, and being successful. It’s having rather a boom in the early 21st century, with the success of Hilary Mantel’s Thomas Cromwell trilogy and others.  And it had its biggest boom in the early Victorian period, propelled into the limelight by Walter Scott and his Waverley novels, and proliferated by many anonymous and many now sidelined authors including John Galt, sisters Jane Porter and Anna Maria Porter, Edward Bulwer-Lytton, G. P. R. James, William Harrison Ainsworth, Anna Eliza Bray and more.

Previous scholarship has understandably focused on the work of novelists themselves, and commentary by various eminent writers.[1] By contrast, our project starts from the other end of the publication pipeline, focusing on reception and looking systematically at the role of periodicals.

We track an extensive range of positive and negative reviewing criteria. Some fall into simple binaries: good/bad research, good/bad writing, good/bad morals. Others are more specific, such as censure of a subject deemed ‘too modern’ for an historical novel or praise of an author’s ability to balance fact with fiction. Though our list of criteria is by no means comprehensive, our data is sufficiently extensive to track how responses to the genre changed over time. The coding we have applied also differentiates between reviewers’ responses to individual historical novels, comments that they make about historical novels generally and about the genre as a concept. This enables us to capture the nuances of a review that, for example, criticises the historical accuracy of an individual novel and the general run of historical novels, but still advocates the possibility of a historically accurate historical novel.

Across the nineteenth century, positive responses to individual historical novels outnumbered negative responses, in many cases by significant margins. The most common responses coalesce around writing quality, research quality/historical accuracy, and whether it is exciting or boring to read. Surprisingly, there are almost as many reviews that praise a text’s research accuracy as its writing quality, suggesting that historical novels’ historical, as well as literary, pretensions were taken seriously. We have also been trying to tease out what reviewers think about the historical novel genre overall. Let’s focus on reviewers’ views on historical accuracy. If we chart the number of reviews per decade that evaluate their reviewed novel as being based on good/bad research, we find the following: If we look more closely at the phrasing in reviews themselves, however, we find a significant number of the reviews that criticise the accuracy of the specific book under review, but are positive about other (hypothetical or particular) accurate historical novels. They think this is a bad example of a nonetheless reputable genre. A graph adjusted to take these instances into account looks more like this:

The shift is most apparent in the 1870s: the raw data in graph 3 (above) suggests that negativity won out over commendation in this decade, whereas in the adjusted version the blue ‘positive’ column stays slightly ahead of the orange ‘negative’ all the way to the end of the data. This suggests that while reviewers were becoming impatient about individual historical novels, they still held a residual faith in the genre as a concept.

Who were they holding up as a superior contrast? Sometimes Walter Scott, but he was increasingly invoked as a writer who played fast and loose with facts but got away with it. More often – and surprisingly to us – Edward Bulwer-Lytton’s novels and George Eliot’s Romola were invoked as models of accuracy and praised for bringing the past to life, as in this 1881 review: ‘Nothing can be more futile than the objections which are usually brought against the historical novel. Aristotle … told us long ago that poetry was truer than history, and no historian can be above learning something from Romola or Esmond.’[2]

Obituaries for the historical novel become commonplace from the mid-century onwards, even paradoxically featuring in reviews of historical novels. G. H. Lewes writing in 1846, for instance, believed that ‘To write a good historical romance is no easy task’, but therefore described readers’ motivation as ‘Idleness; – a wish to get at knowledge by a royal route.’[3] In consequence, ‘we have false history, and a bad story, palmed upon us for a novel’.[4] In Lewes’ formulation, both historical accuracy and novelistic quality get sacrificed in producing this shoddy hybrid form. For him, the sheer difficulty of the genre leads to lazy substitutes being produced instead.

An 1851 review in The Athenaeum, meanwhile, declared that ‘Much that goes far towards the construction of a good novel, will go but a very little way towards an historical novel’. As a result, this reviewer concludes:

not one good historical novel has ever yet been written, except by those, who, from their extensive knowledge of the period and the characters, could just as easily (we were almost going to say more easily,) have written history itself. [5]

According to this analysis, writing a historical novel is at least as difficult as writing history.

Various explanations for this decline are touted by reviewers, including a new seriousness about historical accuracy, and a sense that the history-writing itself had adopted the spirit of the historical novel and made it obsolete. One critic turned to Darwinism for their explanation:

An historical novel, at the present day, is very much in the position of those inferior forms of life, made familiar to us by Mr. Darwin, who vainly struggle to maintain their position against the inroads of new and hardier intruders. [6]

Another, writing in 1883, argued that History’s reconceptualization as a formal ‘scientific’ discipline had come to preclude the blending of genres. It declared:

The semi-historical romance is not suited to the demands of the day. History (especially personal history) and fiction are much studied and read, but a certain scientific spirit abroad prefers to have each separately. [7]

Reviewers did become gradually more negative through the second half of the century. In the 1840s, there are 567 positive comments across all reviews, and 151 negatives. In the 1850s, the gap narrows considerably, with 294 positives and 160 negatives. Because the 1850s saw far fewer reviews overall, the increased proportion of negativity is even more significant than those raw numbers suggest. However, only in the 1870s does the number of negative responses draw nearly level with positive responses (177 positive vs. 175 negative), and in the 1880s it actually reverses again (406 positives vs. 176 negatives) to be overwhelmingly positive.

Franco Moretti suggested that the historical novel had its moment from approximately Waverley (1814) to 1850.[8] In some ways our data supports his thesis that enthusiasm then began to pall. However, our data modify Moretti’s schema in various ways. For one thing, historical novels/romances continue being written in plentiful quantities after that best-before-date. What is more, the downturn in approval is much more gradual than Moretti suggests, and among reviewers, is expressed by a large minority as opposed to a majority. Reviews that are wholly positive still narrowly outnumber wholly negative reviews even in the 1860s. This trend flips dramatically in the following decade, but reverses again in the 1880s.

In the second half of the century, an orthodoxy emerged that writing a really good historical novel was virtually impossible. However, as reviewers came to expect less of the genre – knowing that perfection was unlikely anyway – they also became more lenient. By the 1880s, the mid-century’s heightened stakes had dropped, and with the rise of romance writers such as Robert Louis Stevenson and G. A. Henty, reviewers returned to commending historical novels.

Dr Helen Kingstone is a research fellow at the University of Surrey. She is author of Victorian Narratives of the Recent Past: memory, history, fiction (Palgrave Macmillan, 2017), and currently writing a book From Panoramas to Compilations, about the ways that nineteenth-century writers sought a sense of overview on their contemporary history. She co-leads a Wellcome Trust-funded network on Generations: what’s in the concept and how best should it be used? She tweets at @KingstoneHelen

Dr Jonathan Taylor is a Research Assistant at the University of Surrey’s School of Literature and Languages, where he is assisting Dr Helen Kingstone to map the changing reception of the historical novel during the nineteenth century through a systematic analysis of periodical reviews of historical novels. He has published articles on Robert Southey’s revolutionary politics in Romanticism and eighteenth-century and Romantic responses to Homer’s hero Achilles in Journal for Eighteenth-Century Studies. He is the 2020 British Society for Eighteenth-Century Studies Georgian Papers Programme Fellow.