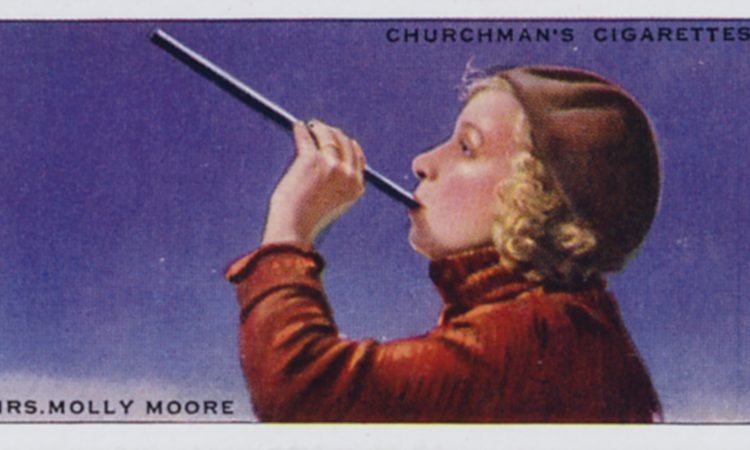 Today, most of us cannot imagine waking up at the desired hour without our alarm clocks and smartphones. Clearly, such devices add to the convenience of our lives. But how did people wake up when alarm clocks did not exist or were not affordable to ordinary people? How did people ensure that they were not late for work? The answer is with the aid of “knocker ups”.

Knocker ups were human alarm clocks –they were employed by clients who needed to be woken up regularly at a particular time. Usually, the knocker ups used sticks to rattle on their clients’ windows, but they had a variety of methods: sometimes they would even shoot peas through pipes at their client’s windows to wake them up. The knocker up profession emerged, particularly in the industrial towns of Britain, during the eighteenth and nineteenth centuries. While the knocker ups were never perceived by either industrialists or industrial workers as “real” part of the industrial system, in fact they were an integral and indispensable element of industrial society. Although they appeared first in Britain, similar professions mushroomed across European societies during the nineteenth century. In France, they were referred to as reveilleurs and in Italian towns they were known as hooters. However, the British and Irish knocker ups prided themselves on being more sophisticated in the conduct of their profession: whilst French reveilleurs and Italian hooters sounded shrill whistles to wake their clients, the British used subtler and “civilized” ways of waking people, such as tapping on windows, thus waking their client without annoying his neighbours.[1]

While most knocker ups tended to be men (both old and young), many women also functioned as knocker ups. A few eminent woman knocker ups, who frequently attracted attention from the newspapers, were Mary Smith and Molly Moore of London, Mary Filleroft of Manchester, and Mrs. Waters of Leeds. This blog focuses on the simple yet extraordinary service and profession of these women knocker ups.

I begin with the story of Mary Smith in London, who became a popular figure in Britain’s newspapers during her time of service and later lived through stories recorded in children books.[2]

Mary Smith served as a knocker up during the late nineteenth century, waking up her clients with her signature pea shooting art. She was also known to be among the most reliable knocker ups, as she wouldn’t leave the door or window of her clients until she received confirmation that they were awake. According to available records, Mary Smith would regularly wake up at 3 AM to ‘knock up’ local workers. She charged sixpence a week, the usual rate of the service in those days. While Mary Smith was the first in her family to take up the knocking up trade, she wasn’t the last. After Mary Smith retired, her daughter Molly Moore continued her mother’s legacy by waking up workers in East London. It is believed that Molly Moore was one of the last knocker ups in Britain.

London wasn’t the only city to witness women in the knocker up profession. Mary Filleroft was a popular and celebrated knocker up in Manchester. In fact, it was reported in 1853 that Mary Filleroft made such large profits from her knocking-up business that she had transitioned to becoming a money lender to industrial workers in her town.[3] Mary’s case shows that there was a possibility of knocker ups becoming economically comfortable through their knocking-up work.[4]

Poole, a town in Dorset, England, still remembers the contributions of Caroline Jane Cousins, better known as Granny Cousins. She worked as a knocker up for brewery workers and factory workers in town until 1918.[5] While Poole remembers her fondly today, there are reports that whilst her clients were loyal to her for her dependable service, they often disliked her demeanour, and began calling her “Granny Cousins” because she was seen as being like a grumpy grandmother. Granny Cousins’s everyday practice also shed some light on the safety challenges of the knocker up profession.[6] Walking alone in the streets of Poole in the dead of night, she is said to have carried a whistle with which she could attract patrolling police if any dangerous situation arose.

In some towns, women became pioneers in the knocker up business. Mrs. Waters, in Leeds, was one of the first knocker ups of the town when she began serving as a human alarm clock for her neighbors who worked in local industries and mills. Mrs. Waters explained that she stumbled upon this line of work by chance when some acquaintances approached her with the offer of half a crown if she woke them up daily at 3AM. By the fifth year, she had at least ninety-five loyal customers. Mrs. Waters claimed that knocker ups were superior to newly invented alarm clocks, not only because alarm clocks were unreliable, but also because it was easy to turn off an alarm clock and go back to sleep, whereas a dedicated knocker up such as herself would not leave until they were sure their client was out of bed.[7]

Knocking up was a crucial profession that linked the everyday lives of factory workers and the productivity of industrial systems. Clearly, if knocker ups did not diligently wake up their clients on time, workers would not only be fined for arriving late at work, but it would also affect the productivity of the concerned industries. Study of the knocker ups, therefore, opens up new windows on the role of auxiliary workers in the industrial revolution. Although men constituted the majority of knocker ups, women were able to participate on equal terms, unlike many industrial jobs of the time. While this blog has been able to bring into view some of the better-known women knocker ups, many more appear merely as entries in British censuses. The names of Sarah Weilding of Chorlton,[8] Mary Lever of Manchester,[9] Mary Ann Cheetham of Manchester,[10] Mary Mackay of Manchester,[11] Charlotte Shepheard of Castleton,[12] Mary Shapely of Manchester,[13] Mary Weedall of Manchester,[14] Rose Ann Hunt of Liverpool, Mary Murphy of Liverpool,[15] Elizabeth Timperley of Chorlton,[16] Ann Gray of Salford,[17] Mary Nichols of Leeds and many more can be found in census records,[18]  but the stories of their lives, their work and the people who they woke every morning remain invisible to history.

Arunima Datta (@ArunimaDatta7) is an Assistant Professor in the Department of History, Idaho State University. Her main area of research focuses on British history and the transnational mobility of South Asians in the colonial period (nineteenth and twentieth centuries) across different parts of the British Empire. Much of her research has simultaneously also focused on themes of labour history, transnational Indian nationalism, women’s and gender history. She also serves as a member of the editorial board for the journals Gender & History, Journal of Malaysian Branch of the Royal Asiatic Society and Asian Journal of Social Science Studies. Her book: Fleeting Agencies: Indian Coolie Women in British Malaya will be published by Cambridge University Press in 2020.

Read the article, ‘Knocker Ups: A Social History of Waking Up in Victorian Britain’s Industrial Towns’ in the Journal of Victorian Culture.

[4] For discussion of similar cases- refer to my article “Knocker ups: A social history of waking up in Victorian Britain’s industrial towns,” Journal of Victorian Culture (forthcoming 2020).

[6] There were many more challenges for knocker ups – including weather, visibility, and others. To learn more refer to my article “Knocker ups: A social history of waking up in Victorian Britain’s industrial towns,” Journal of Victorian Culture (forthcoming 2020)