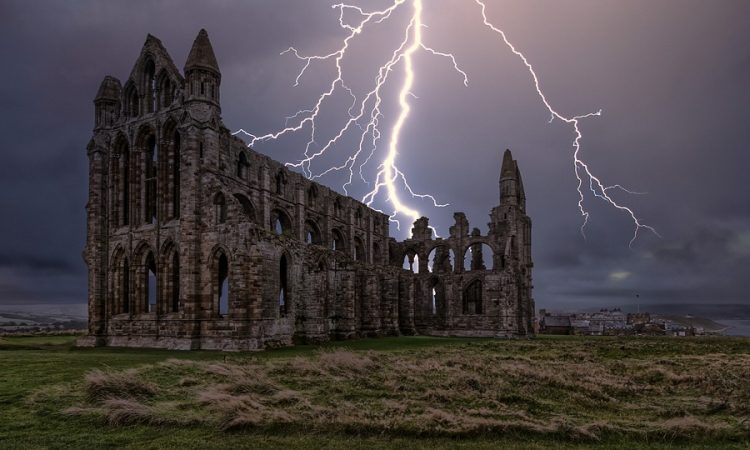 Remakes of Victorian novels abound in the twenty-first century. While Dracula seems to be a particular favourite for re-writes, we seem consistently drawn back to the Victorian era for our gothic monsters: The Limehouse Golem, Penny Dreadful, Jekyll + Hyde, Sweeney Todd, and many more.[1] Beth Palmer describes these almost Freudian re-imaginings as ‘dramas which are often […] seeking to re-stage, in different ways, the neo-Victorian double-act of surprise and recognition: the Victorians were so strange; the Victorians were strange like us.’[2] But in the 2020 BBC adaptation of the Dracula story, the writers – Mark Gatiss and Steven Moffat – and director Jonny Campbell fail to engage with the text in such a manner, and instead present before us an outdated depiction of a range of characters who don’t conform to hegemonic, patriarchal paradigms.[3]

The BBC’s Dracula opens with a demand from Sister Agata Van Helsing – the eponymous vampire-hunter recast as a nun – while interviewing Jonathan Harker (rather than helping him recover). Her demand is to know whether he ‘had sexual intercourse with Count Dracula?’, which is then repeated emphatically. It would appear that homosexuality is to be brought to the forefront of this adaptation, which would certainly be a critically engaged interpretation, famously foregrounded by critic Christopher Craft in his essay Kiss Me With Those Red Lips: Gender And Inversion In Bram Stoker’s Dracula.[4] Instead, we have nothing so nuanced; the Count is sexually threatening towards Jonathan, and the two gay characters who appear in the second episode are laughingly disposed of by the Count. Clara Bradbury-Rance argues in her recent work Lesbian Cinema After Queer Theory that ‘the move towards the era of the visible has neither been linear nor consistent’.[5] Bradbury-Rance is not referring to gay men specifically here, but the same critique could be applied to this adaptation. While homosexuality has been made visible, these queer elements are troublingly depicted as deviant and duplicitous.

The second episode takes place on board the Demeter, the ship in the novel by which the Count arrives at Whitby, consuming each member of the crew during the journey. Gatiss and Moffat pastiche Agatha Christie’s Murder On The Orient Express, with a range of passengers trying to establish the person responsible for the deaths. Stereotypes abound in this episode, particularly regarding the characters of colour. The one black man is a servant, who tellingly resists calling his employer ‘master’, and asks not to be referred to as ‘his man’ – to no avail. He possesses a gun and uses it, to no effect, on the Count. He is then symbolically devoured for stepping out of line, both in his resistance to servitude and in his stepping over the line of Bible pages that are meant to protect the remaining characters from the vampirism of the Count. Two characters from this episode do survive the predations of the Count on the ship: the white men. These stereotypes speak to a certain anxiety, a desire to re-assert Victorian-era divisions, which resonates with Homi Bhaba’s notion that

the stereotype, is a form of […] identification which vacillates between what is always ‘in place’, already known, and something which must be anxiously repeated […] as if the essentially duplicity of the Asiatic or the bestial sexual licence of the African that needs no proof, can never really, in discourse, be proved.[6]

In the concluding episode, the series then shifts disconcertingly into a modern crime drama, complete with a ‘Jonathan Harker Foundation’, which cheerily depicts a classic ‘white saviour’ image displayed in the reception area.

There is, throughout, a disturbing obsession with eye colour. The heroine Van Helsing has bright blue eyes and, in contrast, the evil, sadistic Count has deep brown eyes. Mina’s eyes are blue too, and in this version she is blonde – an unusual deviation from previous adaptations. Jonathan Harker is renamed ‘Jonny Blue Eyes’, and his eyes turn brown as he succumbs to vampirism, hinting at a disturbing phobia of miscegenation. It’s insensitive and archaic, as if Toni Morrison’s critique of whiteness in The Bluest Eye had never been written.[7] These disturbing binaries of purity and otherness are reinforced by the Count washing up on the beaches of England, evoking the recent refugee crisis while refusing to challenge our hysterical fears of invasion of our neighbours. The Count has arrived to devour people, after all.

The one valiant effort to rethink otherness was to make Van Helsing a female character. However, this character merely inhabits a male name. Ultimately, Van Helsing doesn’t defeat the Count. She dies of cancer and has sex with him in the afterlife, reducing her to tired sexual objectification. In contrast, the other female characters have their agency completely diminished and are concerned only with love and romance, including Mina, whose character has been stripped down so that she simply screams, cries, and insists on her love for Jonathan. This is deliberate deviation from the text; Bram Stoker, in 1897, managed to afford Mina far more daring, bravery and importance. Mina is pivotal in the original novel, evoking and revoking the fin-de-siècle ‘New Woman’. There has been much critical debate over the novel’s ambivalence about women; Carol N Senf summarizes this Janus-faced stance, arguing that the text ‘prompts us to question whether Mina and Lucy are agents of female empowerment or portents of sexual anarchy.’[8] It is a disappointment that, in 2020, the BBC offers a more conservative vision, instead of a radical retelling of a Gothic masterpiece that has so consistently been retold, reimagined, and reconfigured. Palmer may well be right to assert that we are fascinated by seeing our own strangeness reflected through neo-Victorian productions; however, it is unacceptable that these productions are used to summon Victorian prejudices too.

Theadora Jean (@theadorajean) is a PhD researcher at Royal Holloway, University of London. Her current research examines the New Woman writer in Bram Stoker’s Dracula, combining a critical and creative approach. Wider research interests include Victorian Studies (and the Fin-De-Siècle), the Gothic, interdisciplinarity and creative writing.