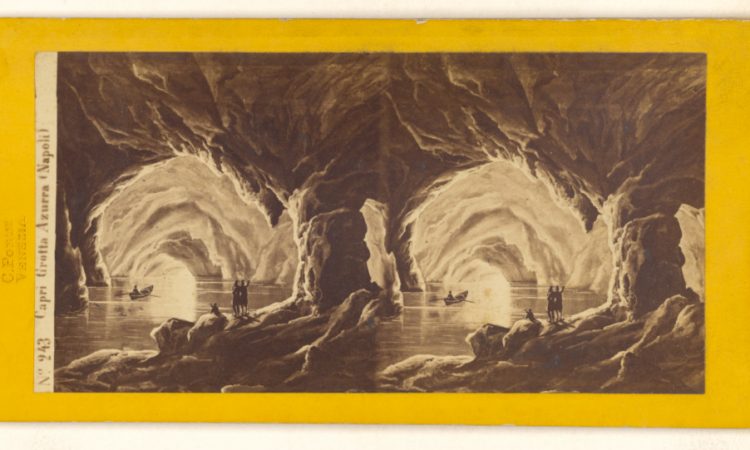 In a compelling exploration of interdisciplinarity, the Victorianist Kelly Hurley examines the influence of nineteenth-century science on contemporaneous literary developments. Hurley argues that radical developments in a range of fields dislodged a comfortable anthropocentrism, which in turn asked uneasy questions of humans’ self-assigned transcendency within the natural order:

The new discoveries in the geological and biological sciences required a radical rethinking of humanity’s position relative to its environment: its intimate relation to lower species; the role of the mere individual within the far more important history of the human species; human insignificance in a world that, according to geology, had existed far longer than previously had been conceived and that, according to astronomy, occupied a place far more minuscule than previously had been conceived.[1]

This destabilisation, Hurley writes, sparked a resurgence of gothic literature which, in a new guise, occupied a space unearthed by Darwinism where ‘hitherto unthinkable morphic structures could emerge’.[2] Contrary to earlier manifestations of the genre, the fin-de-siècle gothic was ‘centrally concerned with the horrific re-making of the human subject, within a general anxiety about the nature of human identity’.[3] Inspired by theories of evolution and degeneration, it sought to blur the ontological distinctions between creatures and things, by approaching the human form as being fragmented, permeable, and open to abnormal or monstrous becomings.

As well as an artistic reflection of scientific concerns, the fin-de-siècle gothic can be understood as a reaction against realism – which for much of the 1800s had been the dominant literary genre, both in Britain and elsewhere in Europe. A notable example is Italy, where nineteenth-century literature is frequently associated with the historical realism of Alessandro Manzoni (author of I promessi sposi, 1827) and the rural, Sicilian verismo of Giovanni Verga. But, as Francesca Billiani highlights, the late nineteenth century saw a shift in international literary conventions, with the gothic in particular offering Italian writers ‘alternative narrative models to the ethos and closed linear narrative structure prescribed by realism’.[4] A key figure in this regard is the journalist and novelist Matilde Serao, whose brand of realist fiction has often (and justifiably) been discussed in relation to French naturalism – but very rarely in terms of gothic influences, which are equally worthy of consideration. Among the few scholars to have explored Serao’s gothic is Ursula Fanning, who links early borrowings of the domestic gothic to more dramatic and fully realised gothic texts published later in the author’s career.[5] In particular, Fanning calls out a ‘critical blindness to the gothic elements which haunt and disturb’ Il paese di Cuccagna (1891), often regarded as Serao’s masterpiece and principally considered to be a work of realism.[6] For Fanning, the ‘gradual shift in narrative mood left [Serao] less in thrall to realist frameworks and conventions’.[7] This positions the author’s work within the stylistic landscape of the late nineteenth century – but it is important to note that her texts also bears the imprint of non-fictional influences. When read alongside contemporary discourses of evolution, degeneration and – in Italy especially – criminal anthropology, Serao’s work reveals a distinct and typically gothic propensity to interrogate newly unstable and permeable understandings of the human subject. In this regard, Il paese di Cuccagna (translated in English as The Land of Cockayne) is a case in point.

Set in Naples towards the end of the nineteenth century, Il paese di Cuccagna depicts a city crippled at all levels of society by an addiction to the Italian state lottery. The novel’s gothic themes are most prominent in the storyline of the Cavalcanti family, not least in the motifs of the absent mother and the implicitly incestuous behaviour of the Marquis, Don Carlo, towards his daughter, Bianca Maria. The latter’s persistent illness, her deathbed agony, and her mysterious, occultic role of seer also have distinct gothic undertones; collectively, they foreground the character’s human body in a way that leaves it exposed to nonhuman interference.

When, in Il paese di Cuccagna, Bianca Maria suffers from a fit that her father takes as interaction with the spirits, her body is ‘traversed by long shudders’, while a ‘fluid current’ fills her impoverished veins with ‘hot blood’.[8] As the character’s illness worsens, she slips into a ‘strange delirium’ and ‘spasmodic, nervous convulsions’.[9] And when, on the brink of death, she hysterically calls out ‘I don’t want to die, I don’t want to die’, she is addressing those around her in the material world but also, in a spiritual or supernatural dimension, attempting to communicate with her long-dead mother.[10] Such episodes underline the gothic nature of Serao’s novel – not only because they employ motifs that are characteristic of the genre, but also because in doing so they offer timely narrative ventures into the porous, unbounded nature of human form and subjectivity. Bianca Maria’s human body is disturbed, and unnervingly energised, by a formless nonhuman ‘other’ whose lack of identity challenges material and ontological boundaries.

If Serao’s gothic fiction stems from a shift in stylistic conventions together with the influence of theoretical discourse, it is also imbricated with the particularities of Italian – and more specifically, Neapolitan – Catholicism. During an encounter with a medium in Il paese di Cuccagna, described by the narrator as ‘a bizarre mix of the sacred and the profane’, the practice of fortune-telling is shown to overlap with religious meditation, with the medium herself invoking a series of saints as she endeavours to interact with the spiritual realm.[11] This mixture of customs highlights the extent to which religion and superstition intersected in contemporary Neapolitan culture, and Serao certainly exploits such complexities in her deployment of gothic tropes.

Crucial, then, to an understanding of the gothic in Serao’s work – and indeed of the genre more broadly speaking – is an appreciation of disciplinary porosity, as well as a sensitivity to stylistic and thematic hybridity. In its gothic themes Serao’s fiction aligns with a clear but gradual movement away from the stylistic confines of realism, while presenting intertextual links with the scientific discourses that sparked a resurgence of a genre freshly concerned with permeable materiality and fragmented human subjectivity. But though connected in this way to international developments, Serao’s work remains rooted in the literary and historical moment of nineteenth-century Italy, which makes for a unique refraction of the gothic revival so often associated with British Victorianism.

Sophie Maddison (@sophiejmaddison) is a PhD researcher in Comparative Literature at the University of Glasgow. Her current research examines ontological entanglement in the urban narratives of Émile Zola (1840-1902) and Matilde Serao (1856-1927), combining new materialist and ecocritical analysis. More broadly, she is interested in revisionist approaches to nineteenth-century culture, the convergence of artistic disciplines, and the international complexities of literary trends.

[4] Francesca Billiani, ‘The Italian Gothic and Fantastic: An Inquiry into the Notions of Literary and Cultural Traditions (1869-1997), in The Italian Gothic and Fantastic: Encounters and Rewritings of Narrative Traditions, ed. by Francesca Billiani and Gigliola Sulis (Cranbury, New Jersey: Farleigh Dickinson University Press, 2010), pp. 15-31 (p. 15).

[5] Ursula Fanning, ‘From Domestic to Dramatic: Matilde Serao’s Use of the Gothic’, in The Italian Gothic and Fantastic: Encounters and Rewritings of Narrative Traditions, ed. by Francesca Billiani and Gigliola Sulis (Cranbury, New Jersey: Farleigh Dickinson University Press, 2010), pp. 119-138.