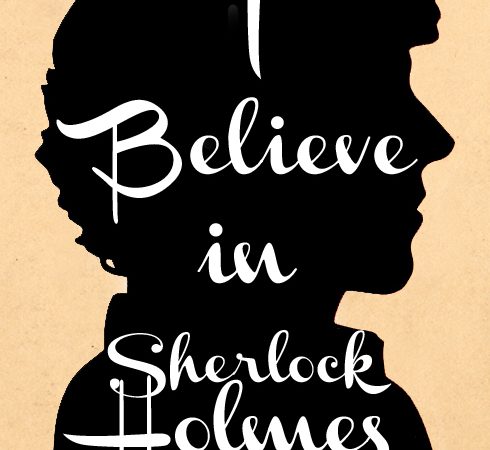 December 17th PBS will air How Sherlock Changed the World, a documentary that positions Holmes and Conan Doyle as not only anticipating but in some cases creating the forensic science of today.  The two-hour show (which has also aired on National Geographic in the UK) showcases leading forensic investigators, giddy with their love of Holmes, explaining how processes and tests were based on the fictional lab on Baker Street and sharing how often Holmes is in their mind still as they enter each new crime scene.  As one investigator says, “we can’t figure out how he was doing this before it was actually happening.”

Jack the Ripper is probably the quickest shorthand for Victorian + Danger. The Whitechapel murders in 1888 open this documentary, too, occurring the year after Holmes hits the scene in Study in Scarlet (1887).  Here the Whitechapel crimes serve as a space in which the ineptitude of the police force, the desire for safety, and the significance of Holmes’s respect for a scene and evidence coalesce.  “Back then, there was no crime scene contamination” investigator and blood specialist Karen Smith says with incredulity, “a crime scene was just a crime scene, and whoever needed to be inside of it, went.”  “Evidence? What do you mean evidence?” laughs Crime Assessor Richard Walter, “they would leave mountains of it around without realizing what it was.”  The suggestion is that Jack the Ripper was never caught primarily because no one at the time understood evidence.  Except Sherlock Holmes in the 1887 Study in Scarlet.   There is even the suggestion here that somehow Sherlock could have caught the Whitechapel murderer.

“I solved the case by using Sherlock Holmes Logic.”

One by one the experts explain how Holmes still defines the highest standards for approaching a crime scene: “A crime scene is very overwhelming, it’s hard to reign yourself in,” Karen Smith says, “his deductive powers can be an idea of where to start but also where to go.”  As the scientists all talk about the process of having an open mind, taking it all in, not looking for what is supposed to be there but looking at what is there, what they are really describing is the imagination.

Edgar Allan Poe, in his first Dupin story “The Murder on Rue Morgue” (1841), marks the imagination as the difference between the calculator and this new “analyst” who would soon be called the detective: “Between ingenuity and the analytic ability there exists a difference far greater, indeed, than that between the fancy and the imagination, but of a character very strictly analogous.  It will be found, in fact, that the ingenious are always fanciful, and the truly imaginative never otherwise than analytic.”

The space of the imagination create the locked room mystery (like Rue Morgue, in which the crime scene remained locked with no visible signs of entrance or exit), which was so significant early on and is still satisfying.  Stakes are high, as a place that should be protective is not.  But it also makes no sense.  There is no way the crime could have happened.  The nineteenth century police force (Dupin and Holmes and these experts all say) looked only for what was supposed to be there.  The detective looks with an open mind, looks at what is there without any pre-narrative.  So the challenge of the locked room demonstrates the superior powers of the detective in the nineteenth century.  But it does so by showing the power of the imagination.  The necessity of the creative power of the imagination, if not ever named, runs hand in hand with technology for these contemporary leading scientists in the documentary.  It is precisely Holmesian.  And it’s somehow reassuring to see the imagination still alive in smart people.

The experts each describe the mode by quoting the famous Sign of Four lines: “When you have eliminated the impossible, whatever remains, HOWEVER IMPROBABLE, must be the truth” (Doyle’s caps).  This must be quoted at least four or five times by different experts through the two hours, although with slightly different words each time (it’s actually pretty wordy for a quotable quote).   But what is consistent is that they have Holmes in mind as they are vigilant about resisting the seduction of what seems obvious or easy. Karen Smith says that Study in Scarlet was the first book she read when she became a forensic investigator, and others say it is “like a manual” for crime scene procedure.

“He smelled things that nobody wanted to smell.”

The experts describe Holmes’s prolepsis, his flash-forward, with amazement and real joy, which underscores the significance of seeing and storying in what they still do.  But the documentary makes the argument that not only method but certain experiments and scientific processes came directly from Holmes.  Edmond Locard was a committed reader who created the first real forensic lab in 1910 in England, an idea he took from Holmes.  In fact, he first traveled the world looking for forensic labs so he could study them, assuming they were out there because there is such a detailed one in Holmes; it must be based on something in the real world.  But he learned instead that there were no real forensic labs yet outside of Conan Doyle’s stories.  So he told the police force he wanted one, they gave him an attic, and he built a new standard of classification.

In classifying elements of trace evidence, Locard developed what the experts call the first tenet of all contemporary investigation, “the exchange principle”: when two things come into contact, they each leave a trace on the other.  Forensic scientist Kimberlee Sue Moran smiles: “That is something right out of a Sherlock Holmes novel, that whenever two things come into contact, they leave a trace….There is an exchange.  Not only what I leave when I touch a table, but what the table leaves on me.  There is no such thing as a clean contact.”

The suggestion is both that Locard is open about the ideas he got from Holmes (for fingerprint analysis, trace evidence, dirt samples, etc.), but also that the language of Conan Doyle’s stories created a new vocabulary that created space for what would come next.  The exchange principle made sense because the science that demonstrated it was there (developed in Locard’s lab), but it made sense also because it was in the cultural consciousness through the stories.

“You could equate blood with life….blood is a very interesting substance, the way it reacts, the way that it looks…it fluoresces… there’s a LOT of blood in the human body…we are dependent on so much of it.  If you find blood at a crime scene, something bad has happened here,” Moran says.  The story told by blood in twenty-first century forensics is as rich as the nineteenth century novels that explored and pushed the complex implications of the substance.

(As a side note, it’s nice that there are a number of women among the forensic expert-talking heads.)   Dressed in a white industrial bunny suit and goggles, Smith raises her arms over her head with a bat to hit to pummel an object, causing blood to spatter red against white in all directions.  She explains, with obvious respect for blood, how these Jackson Pollock designs have caught terrible murderers and exonerated husbands thought to be terrible murderers.

These real cases are woven through the excited intellectual conversations and through staged dramatizations of Study in Scarlet; they are famous, gruesome, violent, and often sad murder cases with graphic crime scene photographs, some of animals.  Like the cases so cited in nineteenth century discussions of a perceived “homicidal monomania,” these crimes that were famous, that were hard to solve, that feel especially monstrous, are most often domestic crimes and crimes across generations: wife against husband, teacher against student.  Some of them are the crimes that made these contemporary experts famous, some are cases that became studies for them.  All of them saturated newspapers and television in their time.  Watching this interplay between fiction and real, a relationship we identify easily in nineteenth sensation journalism, one starts to feel dizzy with the dangers of sensation: these cases are in the past and are monstrous and they are puzzles.  They are the puzzles that allow the experts to explain why “Sherlock Holmes logic” as Dr. Henry Lee refers to it, makes them so good at their work.  But the human violence is real and the photographs are painful in the midst of all the fiction.

BBC Sherlock is discussed, as are Conan Doyle’s inspiration for Holmes and his life as an unofficial consulting detective and appeals activist after his fame.  In 2002, The Royal Society of Chemistry bestowed an Extraordinary Honorary Fellowship on not Conan Doyle but Sherlock Holmes.  The society explained: “Our particular interest is his love of chemistry, and the way that he wielded such knowledge for the public good, employing it dispassionately and analytically. He also embodied other personal traits that society seeks in today’s law officers – personal rectitude and courage.”  Ian Rankin at the time called the honor “fantastic but bonkers” — bonkers because (of course), Sherlock is NOT A REAL PERSON, but fantastic because of “its recognition that crime fiction is worthwhile, that there’s more to it than just a good story that will pass the time on a train journey.”  If those engaged in Victorian culture already know the many ways in which detective fiction was and is more than entertainment, the investigators and scientists of How Sherlock Changed the World add to that understanding by explaining, with joy and a certain amount of awe, how much they rely on the stories as a prescient medical student’s DIY manual for the scientific imagination.

How Sherlock Changed the World will air this Tuesday night, December 17, and will then be available through the PBS Video Portal.

Jenny Pyke is a Visiting Assistant Professor of English at Mount Holyoke College, where she teaches the eighteenth and nineteenth century British novel and Scottish literature.  She has written on crime and sensation, on Charles Dickens and taxidermy, and on relationships between nineteenth and twenty-first century taxidermy, and she is completing a book on sympathy and synesthesia in the Victorian novel.