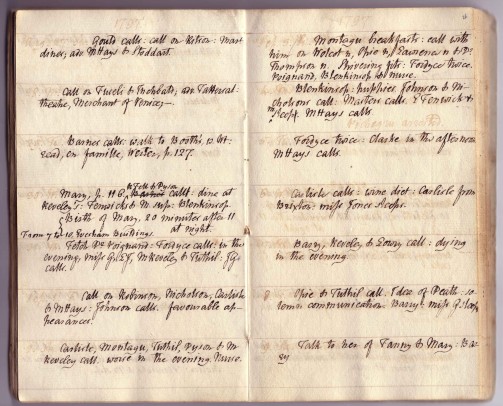 I’ve just been the inaugural writer-in-residence at Hospitalfield near Arbroath. The place is a great resource in respect of Victorian art and literature, as Patrick-Allan Fraser – who left the house to artists of the future when he died in 1890 – had personal links with Dickens as well as Augustus Egg, William Powell Frith and many other artists. I’ve put together a website www.patisback.co.uk which is ongoing. Here is a page-by- page guide to what’s there now: http://www.patisback.co.uk/styled-3/index.html. PAF was an active member of the Clique at its peak in 1841, when most of its members showed work at the Royal Academy’s Summer Show, an exhibition dominated, at least in my mind, by the work of JMW Turner.

Having returned to his hometown with a commission to illustrate a Walter Scott novel, Patrick met and married Elizabeth Fraser, a relationship that echoes the love interest in The Antiquary, a book Scott wrote in middle age reflecting on his first love.

Patrick spent a decade putting his new wife’s estate in order and making something both functional and grand out of the house. The house’s contemporary presence inspires me to have a tête-a-tête with the Patrick Allan-Fraser of 1850.

With a magnificent gallery added to the house, Patrick Allan-Fraser commissioned self-portraits from his ex-Clique connections in London, many of whom (WP Frith, Augustus Egg, John Phillip, Henry O’Neill) had gone on to be some of the most successful artists of the day. Incoming letters from the artists reveal surprising back stories to some of the pictures.

When Patrick and Elizabeth inherited Hawkesbury Hall near Coventry, they considered giving it to the Guild of Art and Literature that Charles Dickens had set up. There are five previously unpublished letters from Dickens at Hospitalfield, all dated 1858 when Dickens was splitting up from his wife, wooing Ellen Ternan and planning Great Expectations. Indeed Dickens’ own expectations of coming into property may have influenced Pip’s, as I explore via the archive and the library.

Having located a source of water for his own house and estate, Patrick Allan-Fraser presented the town of Arbroath with the idea that was to ensure the town’s water supply until the Twentieth Century.

In 1861, Patrick Allan-Fraser published An Unpopular View of our Times, a critique of society, with special emphasis on the demoralising impact of industry and the inability of clergy and church to counteract it.

The archive at Hospitalfield is to be digitized and rehoused over the next few years, providing funding can be secured for this operation, one of the priorities of new director, Lucy Byatt. But for a month, I had unrestricted access to the archive and to the house itself, and I hope the aforementioned website gives an idea of both the riches that exist here on the edge of Arbroath and of Patrick Allan-Fraser’s unique and idiosyncratic achievement.

Duncan McLaren is the author of Personal Delivery and Looking For Enid: the Mysterious and Inventive Life of Enid Blyton. In the last year, he has developed websites to reflect his interest in contemporary British artists, Paul Noble and George Shaw, as well as his interest in author Evelyn Waugh, who once said that his favorite painter was Augustus Egg. He tweets at @duncan_mclaren.