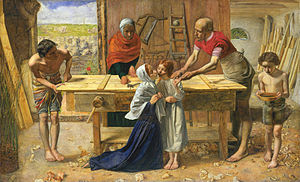 My recent article, ‘Staging the Interior: The Public and Private Intimacies of Thomas and Jane Welsh Carlyle’s Domestic Lives,’ has it roots in a seemingly chance and brief conversation. Several years ago, I found myself in a University of Sydney elevator being quizzed by Associate Professor Richard White about why so many great men and women — great literary figures, prominent intellectuals, and other persons of ‘note’ — frequented Thomas and Jane Welsh Carlyles’ London residence. It was my perfect opportunity to practice an ‘elevator pitch’. However, the apparent obviousness of the response left me faltering: why would prominent nineteenth-century figures not have visited this great author-philosopher/ social commentator, and his brilliant and entertaining wife?

At the time I dismissed such a query as self-explanatory, and yet his genuine perplexity challenged me to critically reflect on my research. Perhaps I had read too much Carlyle scholarship and talked with too many who, in one way or another, revered the Carlyles. I increasingly came to realize that outside these circles, the Carlyles make only a fleeting appearance; Thomas Carlyle languishes largely unknown, receives slight acknowledgement, and is often marginalized, shunned, or dismissed without critical engagement. One example includes the dismissal of Carlyle as a racist, by a notable political philosophy scholar during a national radio interview: ‘it just has to be said, […] he is straightforwardly racist’. Referring to Carlyle’s ‘Occasional Discourse’, Professor Mendus goes on to note: ‘a number of people, a number of historians, have pointed to the fact that Carlyle’s text is one of the most racist texts ever written in the English language, and that’s saying something’.[1]

Despite strenuous efforts and rigorous scholarship by Carlyle scholars to demonstrate the enormous literary and more general cultural importance of Carlyle, the Carlyles remain largely unrecognised for their contemporaneous cultural status or influence, let alone for the prescience of many of Thomas Carlyle’s insights or, as Ralph Jessop has insightfully pointed out, the modernity of his rhetorical style, albeit one that is so often sprinkled with Biblical archaisms.[2] Through their thousands of letters – nominally private, but so evidently public – the whole of the Carlyles’ experiences of the nineteenth century are presented to us in the most intimate fashion.[3] We see lives that were rich tapestries of inter-connected, inter-woven warp and weft of influences, interactionisms, intrusions, and disturbances.

The Carlyles’ Chelsea residence was a theatre for a whole cast of nineteenth-century characters and performances: intellectuals, political exiles, servants, down-and-outs, ‘lunatics’, and other personalities. And even though the Carlyles existed in counterpoint to many other lives and perspectives, they were at the centre of a certain cultural community that included an extended list of perhaps more well-known nineteenth-century personalities such as, Johann Wolfgang von Goethe, Charles Dickens, Ralph Waldo Emerson, George Eliot, John Ruskin, Margarent Oliphant, the Darwins, (the list continues), and foreign exiles, including the Germans Joseph Garnier and Richard Plattnauer, as well as an array of ordinary men and women struggling to find their way through the revolutionary social, cultural, political, economic upheavals of the nineteenth century, and who made up the rich tapestry of the Victorian world.

The Carlyles’ letters swarm with stories of scandalous, contentious, entertaining and intriguing characters or moments that took place against the backdrop of their Chelsea town house, or with the house playing central protagonist. The house was witness to some notable incidents and engagements with the public world, a tiny number of which have been noted in my forthcoming JVC article ‘Staging the Interior: The Public and Private Intimacies of Thomas and Jane Welsh Carlyle’s Domestic Lives’. As scholars, we squirm with empathetic horror at the story of how John Stewart Mill’s maid inadvertently burned Carlyle’s (painfully laboured) manuscript of The French Revolution, but laugh at the Carlyles’ initial reaction at first seeing Mill’s terrified face and believing the long-anticipated scandal of Mill running off with his Platonica – Harriet Taylor – had finally come to pass. Or, the multi-layered social and gender implications of the story of the Carlyles’ maid giving birth in a closet and smuggling the baby out of the house, all the while, the Carlyles and Geraldine Jewsbury went about their own separate pursuits elsewhere in the house. These vivid writings, miraculously saved and meticulously preserved, bring to life and enrich our understandings of the Carlyles’ lives at home and open rich vistas of intrigue and insight about the nineteenth century.

The public world poured in through the doors, windows and walls of this ordinary domestic dwelling. Their intimate and cosy London home was filled with the sights, sounds and smells of a rapidly transforming industrial nation extending its tentacles across the globe. Noisy London with its polluting smells, migrant street dwellers, destitute children, ‘fallen’ women, stray animals, struggling authors, fanatical lion-hunters, and burglars penetrated the (physical and emotional) borders and barricades, enmeshed themselves in the lives of the Carlyles and became subject matter for ‘tea-shines’, dinner parties and tales that would enrich even Scheherazade’s own storytelling.

On a domestic scale, the letters unfurl minute and dramatic household transformations and alterations (to the interior of the building itself and to the street outside), as new inventions improved the oeconomia of the household and delivered long-term benefits as well as shifts in spatial, cultural, social and gender (power) relations. The introduction of running water in the house, and sewers in the street told from a household perspective reveal some of the broader progressive shifts occurring during this period, but also the daily inconveniences of these new inventions on the household occupants. The devastation of the Irish famines are played out in the Carlyles’ ‘servant troubles’, which over the course of the century are further magnified as factory work and immigration shift the balance of labor power, and create fractures in domestic relationships and further unsettle notions of a middle-class hegemony.

Several of the Carlyles’ houses live on today as heritage sites, and their continuing presence underscores the continuing, ongoing importance of the concept of home for understanding the Carlyles, and the potential of these houses and other landscape traces for keeping the Carlyles alive, bringing the past to life for a wider public, and helping the Carlyles attain greater public and cultural presence.

Dr. Sarah Jones (University of Sydney) is researching representations of the Carlyles’ in the public landscape and modern memory, with a particular focus on the Carlyles’ commodification through their homes and implications for contemporary cultural policy and tourism.