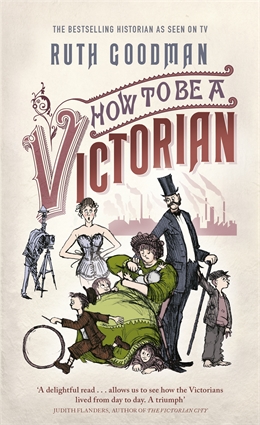 Personal diaries are generally welcomed as a godsend by historians but their publication can raise complicated questions for editors and publishers. Most Victorianists, given a few seconds’ reflection, will be able to find illustrations to fit: the publisher John Murray, for example, burning Byron’s Journals before witnesses rather than risk scandal; Gladstone’s sons entrusting the great man’s diaries to the Archbishop of Canterbury until enough time might pass to dissipate scandal. One famous nineteenth-century diary to go in the opposite direction, however, was the diary kept by Charles Greville, which I discuss in detail in ‘Inventing the Victorian age: The Greville diary and its early critics’.

Greville kept a journal for over forty years. For thirty-eight of these years he was Clerk to the Privy Council. This put him in a position to record the ‘secret history’ of the high politics and aristocratic social life of his times. His times stretched from the reign of George IV to the mid-years of Victoria. For an insider account of the Queen Caroline affair, of the first Council meeting of the teen-age Queen Victoria, of the indecision of Lord Melbourne on being offered the premiership (‘it would be a damned bore’), and much more, historians have thankfully gone to Greville ever since first publication between 1874 and 1887. Greville, in short, has become accepted as a key ‘primary source’ – with a slight Whig bias, no doubt, but the closest to a neutral and unobserved observer of the Victorian political elite that it is reasonable to expect.

This is not the way in which Greville’s Victorian readers responded to first publication in 1874. Among the educated, newspaper-reading public, the volumes were a sensation: ‘[F]rom the fashionable library in Belgravia to the remotest railway-station bookstall every subscriber is shouting out, “Give us Greville or we die!” ’, reported one bemused critic. Early curiosity soon gave way to outright condemnation in certain quarters as it was realized how few precautions Greville’s editor, Henry Reeve, had taken to remove references to the still living or to sanitize references to the frailties of royalty and of figures who, by the 1870s, had become revered embodiments of core values in ‘the national story’. Thus the reference to Greville as Judas, the betrayer.* The Queen herself condemned ‘this most indiscreet book’.

Yet it had not been Reeve’s intention to use the Greville journals as a weapon of destabilization – quite the reverse. His stated purpose was actually to draw attention to the dramatic improvement of standards of public and private behaviour among the hereditary ruling elite that had taken place between the disgraceful years of George IV and the ‘new era’ that had been inaugurated by the young Victoria in 1837.

Publication scandals, of course, have a curiosity value whatever the issue they ignite. Yet the Greville diaries publication controversy is a useful one in a particular way for Victorianists because it gives an insight into how, why and when educated people living in the reign of Victoria came to use that arbitrary fact as an indicator of their own collective identity. Regardless of whether they applied the term ‘Victorian’ to themselves – the evidence suggests this is a development of the later 1880s – it can be seen through the evidence of collective thought-association generated by both supporters and critics of Greville in 1874 that all were agreed – some more complacently than others – that their age was a distinctively and coherently more ‘advanced’ age than that so vividly depicted in Greville’s pre-1837 diaries. The age of George IV had become the foil against which to contrast and construct a new period in national history.

* The Judas quotation is an irresistible one for its trenchant summation of the case against publication but its provenance remains less than clear. Fulford in the Strachey and Fulford edition of the Greville diaries attributes it to the Earl of Winchilsea, Christopher Hibbert in his edition to Lord John Manners. Neither gives a reference. While Lord Winchilsea did publish verses in the Morning Post rhyming Greville with Devil, I know of no direct corroboration of authorship for either nominee. If any reader has a lead I would be grateful to know of it.

Michael Roberts is Adjunct Professor in Modern History at Macquarie University, Sydney, Australia. He is the author of Making English Morals: Volunteer Association and Moral Reform in England, 1787-1886 (2004) and is currently working on a project provisionally entitled ‘Cultural Politics in Victorian England: The Cowper-Temples and their circle’.