Purists may be offended that NBC’s Dracula re-envisions the Count as a ruthless anti-hero who, disguised as an American industrialist, wages a covert war of vengeance against the ‘Order of the Dragon’ who centuries ago murdered his wife. The Order, we are told, represent the forces of reaction that hold back science and reason that they might better rule us. The complication in Dracula’s plans is Mina Murray, student of the distinguished Professor Van Helsing, and seemingly a double of the Count’s lost love.

2013’s Dracula is then a remarkably free adaptation, harnessing some of the original text (the names of the characters, at least) alongside the defining elements of other adaptations (the romantic reincarnation plot is a feature of Dan Curtis and Richard Matheson’s 1973 version, though it is better known from Coppola’s 1992 film). What it does capture from the original novel is its love of modernity, conflicted though that may be. Where Stoker’s villain was finally defeated through the telegraph, the railway and the frontiersman; creator Cole Haddon’s hero wields science as a weapon against the oppression of ‘the cross and the sword’. From the series’ retro-futurist title sequence to the Count’s early motorcar, this Dracula is one aligned with progress. So progressive is our vampire that we see him supporting Mina’s progress through medical school and tacitly endorsing same sex relationships (though not above making use of the ‘legions of less broad-minded souls’ for the purposes of blackmail).

It remains to be seen whether or not this Dracula has the future truly in his blood, or if this passion is merely the groundwork for a more Machiavellian scheme. In any case, Haddon’s positioning of the Count as an American science-hero is interesting in context. Perhaps resisting the urge to relocate the story to the United States, the series preserves our vampire’s status as an arriviste – but instead of presenting an old world, atavistic threat to Victorian society, this Dracula brings futurist change. In a sense, the series presents the imperialist wheel coming full circle: the new world has come to bring civilization to Victorian London, ostensibly to save it from the Order’s superstition and corruption. Though the Count himself stresses his ancient, European, pedigree; the series everywhere highlights his American credentials. An apparently self-made man, ‘Alexander Grayson’ built a fortune on [the frontier]. A pioneer of ‘geo-magnetic power’, it is suggested that the Count rivals Tesla and Edison in his endeavours. I am uncertain if the series’ re-casting of Renfield as Dracula’s African-American valet is a further signifier, or simply modern colourblind casting in action. Nevertheless, Grayson’s American identity calls to mind Louis S. Warren’s juxtaposition of Dracula with Stoker’s friend, Buffalo Bill Cody.[1] Unlike the Victorian public’s image of Cody however, Haddon’s Dracula will not save us through his vigorous masculinity – though the series delights in showing us our vampire’s amorous exploits. No, this western hero presides over a bank of generators, his men engineers rather than cowboys. The engine room of dials, levers and lightning calls to mind another Gothic protagonist entirely. 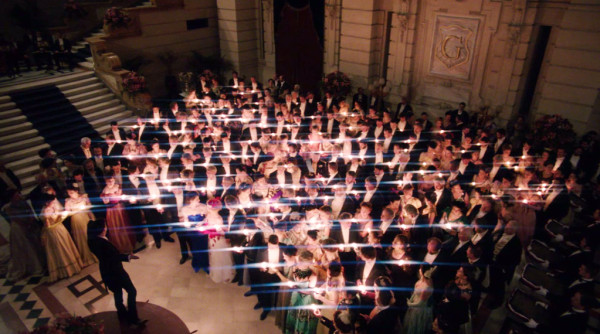 I cannot help but think that the series’ repackaging of the Count as a ‘modern’ American is a deliberate bid for the audience’s sympathy. It seems to me that Dracula is less an Auerbachian reflection than it is a thing composed of elements calculated to appeal.[2] The series hopes to flatter the self-image of contemporary, progressive American viewers (‘he’s modern like you, you’re sexy like him, right?’) and draw them into identification with its protagonist. It is the branding of a conventional hero. Like the series’ remarkably clean Victorian streets, the character of Dracula lacks character. Rather than the Gothic allure of a monster from whom we cannot look away; we have here a checklist of heroic qualities, with just enough ‘edge’ to make them palatable. While the predominantly British cast work bravely with what they have, what they have lacks darkness, lacks authenticity and (sadly), lacks bite.

Richard Gough Thomas is a third-year PhD student in English at Manchester Metropolitan University. His thesis is on moral development in William Godwin’s Fleetwood (1805) and is currently editing an electronic edition of Godwin’s later novel, Mandeville (1817). The editing project’s blog can be found at notreallyaneditor and he tweets as @richgoughthomas .