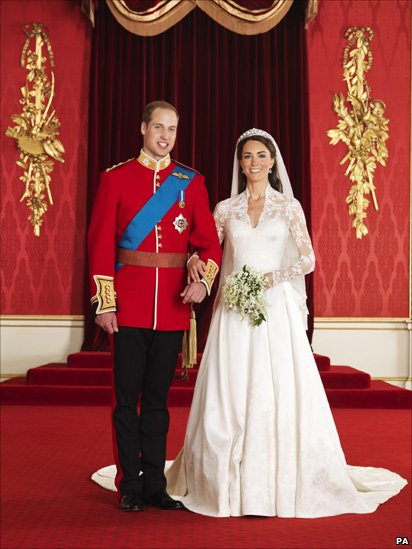 The latest figures suggest that ‘More than 24 million viewers [in Britain] watched the royal wedding’ of Prince William and Kate Middleton earlier this month (BBC). While the television cameras allowed access to the event itself, thousands chose to line the streets of London just to catch a glimpse of the young couple in the flesh as they were paraded from Westminster Abbey to Buckingham Palace. In this promenading of royalty on their day of union, and the involvement of the public in a private moment, the event hailed back to the wedding in 1840 of Will’s great-great-great-great-grandmother, Victoria.

Indeed, despite difficult financial times for the country (Williams 315), it was felt then, as now, that a large wedding was just the thing to restore the monarchy to favour and get the country behind their young ruler. Instead of the understated affairs that royal weddings had previously been, and despite Victoria’s own wishes for a small and private ceremony (Williams 317), her wedding was the first to pander to the masses, showcasing the young Queen and making a spectacle of the event. Unlike the unseasonably warm weather that graced the 2011 wedding, in 1840 the weather was wet and grey, yet even so, ‘the crowds were undeterred by the downpours’, assembling along the route to St James’ to see the young monarch (Williams 321). The public were hopelessly enamoured with both the Queen and the event, and the recent media frenzy leading up to William’s nuptials is reminsicent of the cry of one journal in the run-up to Victoria’s wedding that ‘the rage has begun’ (Williams 318) in response to the manner in which the press boldly chased possible stories, not to mention the several impassioned suitors, including a tongue-in-cheek Dickens, who pronounced privately or publically their own love for the young queen. In courting the public for their own promotion, the royal couple had in turn to contend with the consequences of their wedding being viewed as a public show open to public comment. In the recent wedding, the exercise has been repeated, with one paper claiming of the royal family that ‘We feel good about them again’ as the ‘wedding has created a new beginning’, prefacing all this with the ominous comment ‘And now they belong to us’ (Wilson). 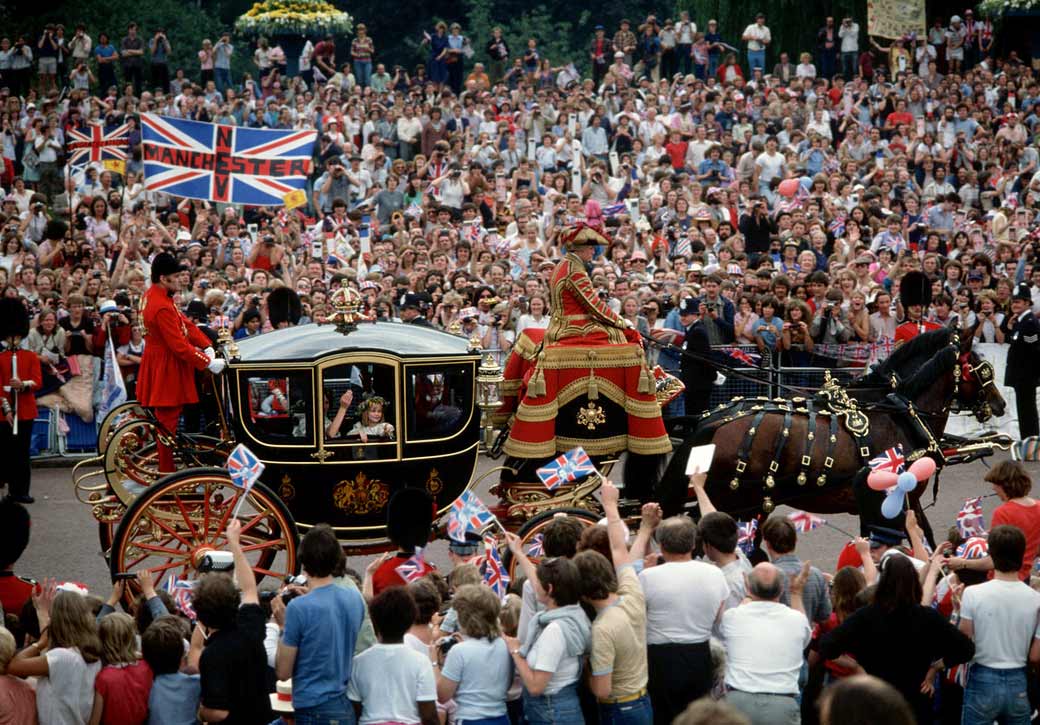 Public figures, especially royalty, are as much at the whim of the public as they are supposedly at the head. Of the recent wedding one reporter quipped that ‘Considering the size of the audience, the two sets of trumpets, two choirs and several of the most senior clerics in the land, the presence of the entire British royal family, 45 crowned heads from around the world and a guest list stretching to nearly 2,000, it was quite an intimate wedding’ (Bates); though William was, like his ancestor, purported to have preferred a quiet, private wedding, bowing only to public expectation and duty. In the aftermath of the big show, Prince William and his wife have deliberately hid themselves away again, enjoying some last moments of privacy on their honeymoon, whereas, contrasingly, and despite her original wishes, Victoria seemed to have ultimately rather enjoyed the spotlight – she shocked her courtiers, and husband, by appearing at balls and public events during her honeymoon (Williams 324).

Victoria’s wedding – and era – continue to resonate in modern ceremonies. It is interesting that two staples of wedding music, Mendelsohn’s Wedding March (from A Midsummer Night’s Dream) and Wagner’s bridal chorus (from Lohengrin), are not only from the Victoria era, but both written by composers favoured by the Queen. Mendelsohn was a frequent visitor to Buckingham palace which he called ‘the only really nice, comfortale house in England, where one feels completely at home’(Smith 42), while Wagner acknowledged the queen and her husband as great fans ahead of her country, ‘the first in England to venture to speak up for [him] without disguise’, who even pushed to have Lohengrin translated into English (Sessa 24).

One specific tradition of royal weddings that Victoria started, and which was observed again by Kate Middleton, was the inclusion of myrtle in the wedding bouquet; which has been a recurring feature of the bouquet at all British royal weddings following 1840. But a far more intriguing, and far-reaching, tradition said to have begun with Victoria is the white dress. Usually brides wore their best dress, and Victoria was under pressure to wear her royal robes, but she resisted this and instead ‘planned a magnificent dress’ of white satin (Williams 318). Though she was not the first to wear white, the ensuing popularity of the monarch, the media frenzy surrounding the day and the subsequent engravings of the royal couple available to purchase all ensured that following the wedding, other brides up and down the social ladder would be inspired to wear white. Victoria, who began by wishing for a private ceremony, would ultimately become a fashion icon for her own time and ever since, starting a style trend that has no sign of stopping – how ironic that a woman for whom the iconic image is of her in a black dress, has left a more potent legacy of a white dress. 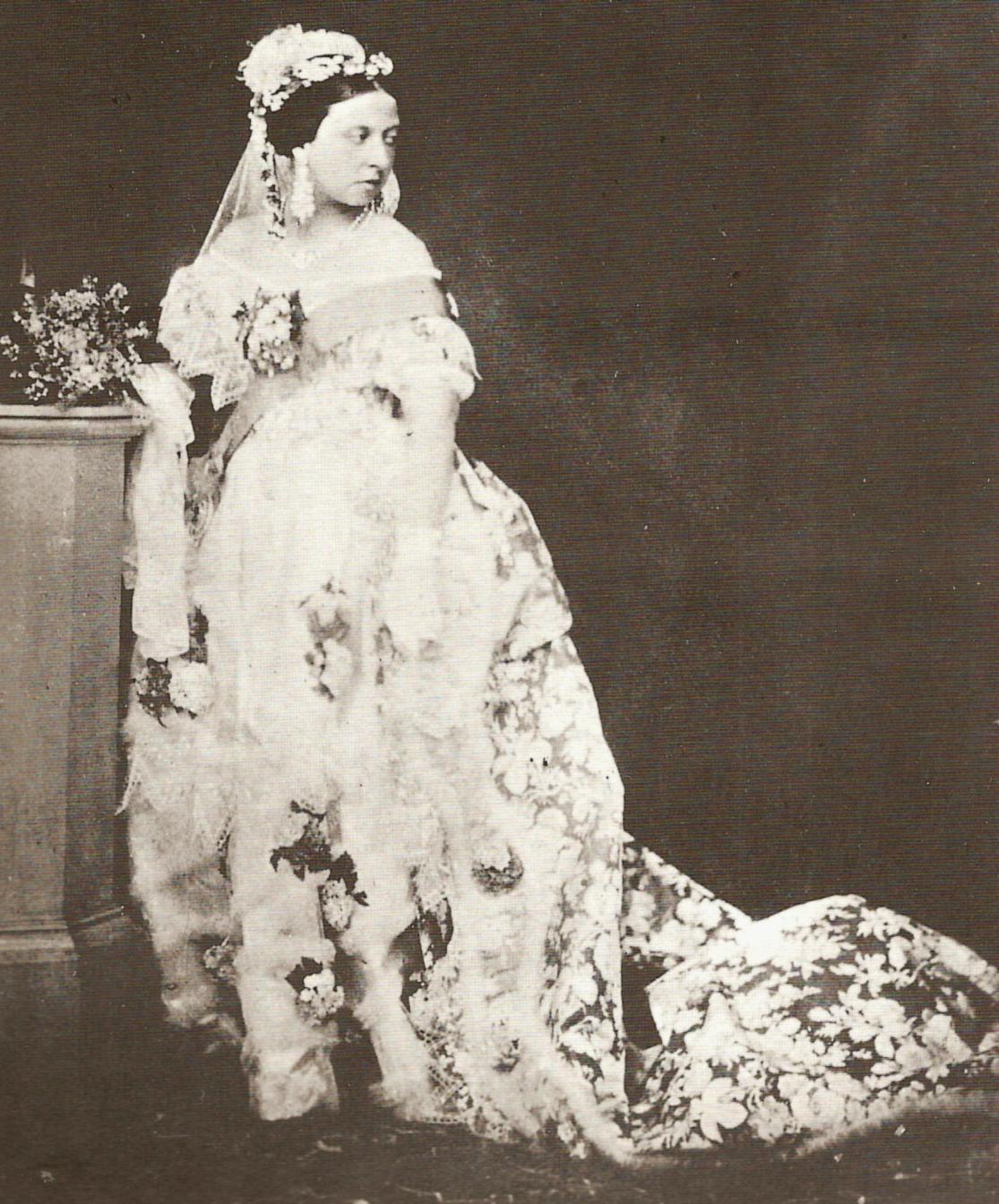 Stephen Bates, ‘Royal Wedding passes without a hitch as Kate and William seal it with a kiss’, The Guardian, <www.guardian.co.uk>, 29 April 2011.

Christopher Wilson, ‘Royal Wedding of Prince William and Kate Middleton has created a new beginning for the monarchy’, Daily Mirror, <www.mirror.co.uk>, 01 May 2011.